Place de l'Hotel de Ville, Palais des Archeveques (the Archbishops Palace) Narbonne, Aude, France. The three square towers of the fortified Palais des Archevêques, date from the 13th and 14th centuries. The Gothic-style town hall was added to the palace only in the 19th century. The building now houses two museums, that contain collections of paintings, ceramics, and Roman artifacts. The Canal de la Robine, a branch of the Canal du Midi, runs through the city. The Canal separates the northern part of the town, which is historically known as the Cité, from the Bourg to the south. The old town, now surrounded by boulevards, has picturesque, narrow, winding streets. 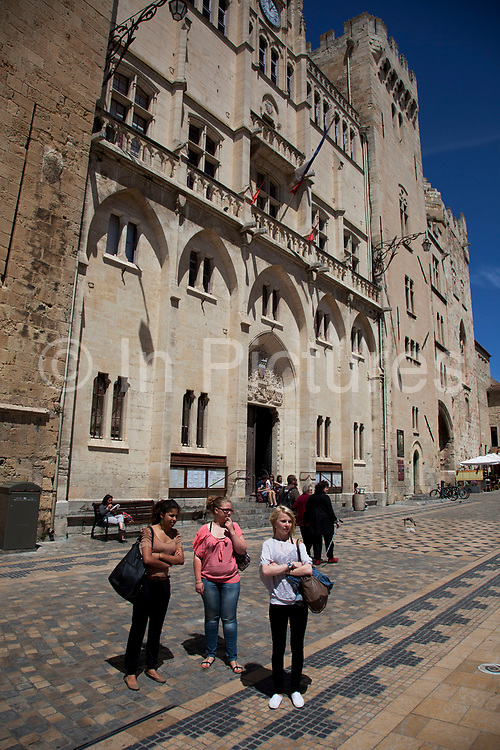