The lyrics to the song "The Girl from Ipanema"

The lyrics to the song The Girl from Ipanema Garota de Ipanema outside the famous Veloso cafe in Ipanema, Rio de Janeiro, Brazil. Garota de Ipanema is a Brazilian bossa nova jazz song. It was a worldwide hit in the mid-1960s and won a Grammy for Record of the Year in 1965. It was written in 1962, with music by Antônio Carlos Jobim and Portuguese lyrics by Vinicius de Moraes. English lyrics were written later by Norman Gimbel. The first commercial recording was in 1962, by Pery Ribeiro. The 1964 single featuring Astrud Gilberto and Stan Getz became an international hit. 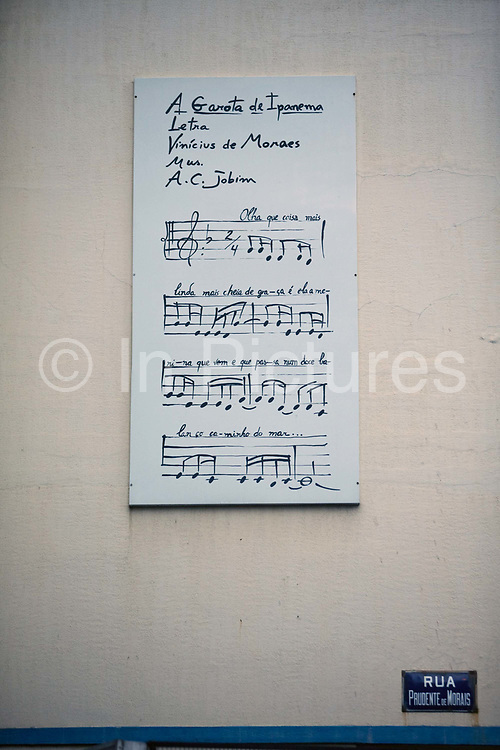