Brit spectators enjoy a hot summer on their union jack towels in the Olympic Park during the London 2012 Olympics, sitting on green grass located on a hilltop across from the iconic Velodrome venue. London’s Olympic Park, at just under a square mile, is the largest new park in the city for more than 100 years. The planting of 4,000 trees, 300,000 wetland plants and more than 150,000 perennial plants plus nectar-rich wildflower make for a colourful setting for the Games. This land was transformed to become a 2.5 Sq Km sporting complex, once industrial businesses and now the venue of eight venues including the main arena, Aquatics Centre and Velodrome plus the athletes' Olympic Village. After the Olympics, the park is to be known as Queen Elizabeth Olympic Park. 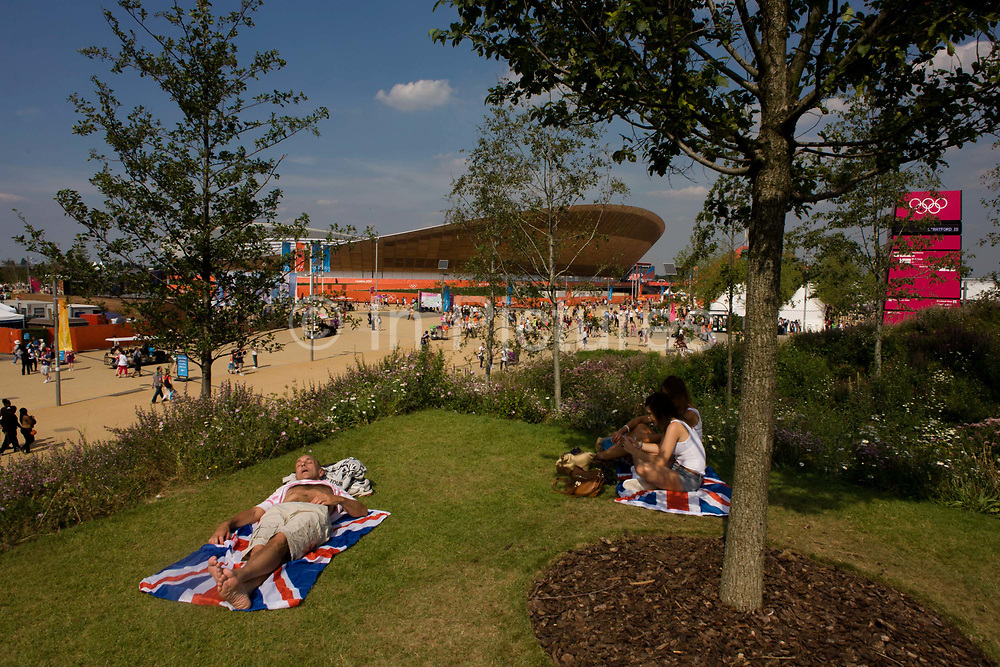