France - Paris - Tourists and Diane statue in the Louvre

Tourists admire the statue of Diana of Versailles, a slightly over lifesize marble statue of the Greek goddess Artemis (Latin: Diana), with a deer, located in the Musée du Louvre, Paris. It is a Roman copy (1st or 2nd century AD) of a lost Greek bronze original attributed to Leochares, c. 325 BC. The statue is also known as Diana à la Biche, Diane Chasseresse ("Diana Huntress"), Artemis of the Chase, and Artemis with the Hind. The Musée du Louvre is one of the world's largest museums, the most visited art museum in the world and a historic monument. A central landmark of Paris, France, it has 100,000 objects from prehistory to the 19th century are exhibited over an area of 60,600 square metres (652,300 square feet). 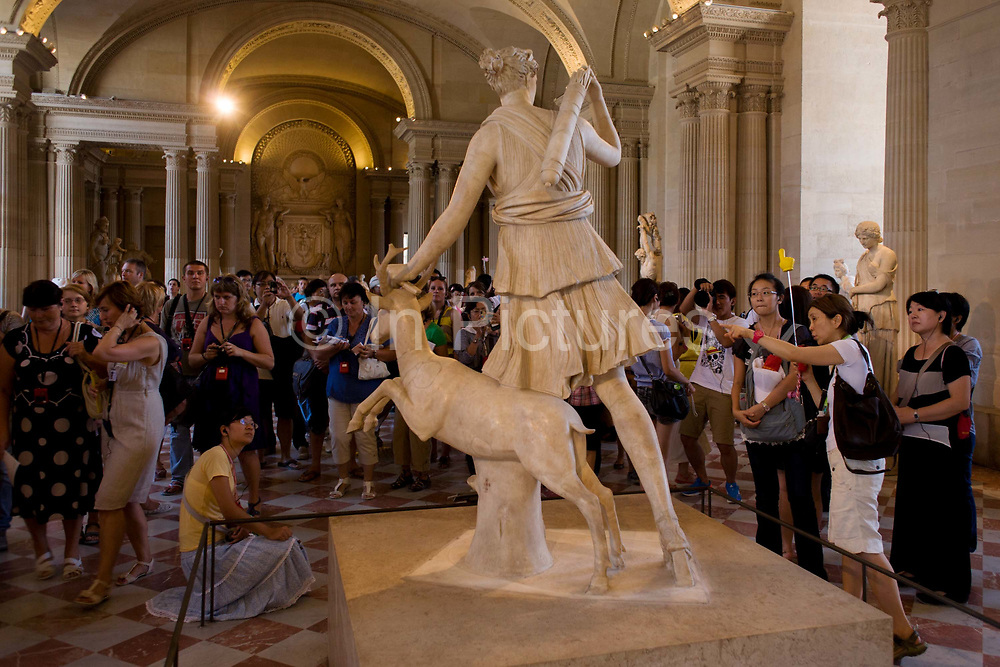