View of Tashichho dzong in Bhutan's capital city Thimphu. Taschichho Dzong, meaning the fortress of "auspicious doctrine" thas traditionally been the seat of the Dharma Raja and summer capital of the country. Presently it houses the throne room and offices of the king, the secretariat and the ministries of home affairs and finance. The Dzong was the site of the formal coronation of the fifth king in 2008 and hosts the city's annual Tsechu festival. The main structure of the dzong is two-storied with four three-storied towers at each corner, topped by triple-tiered golden roofs. In the center of the building is a large central tower called utse. 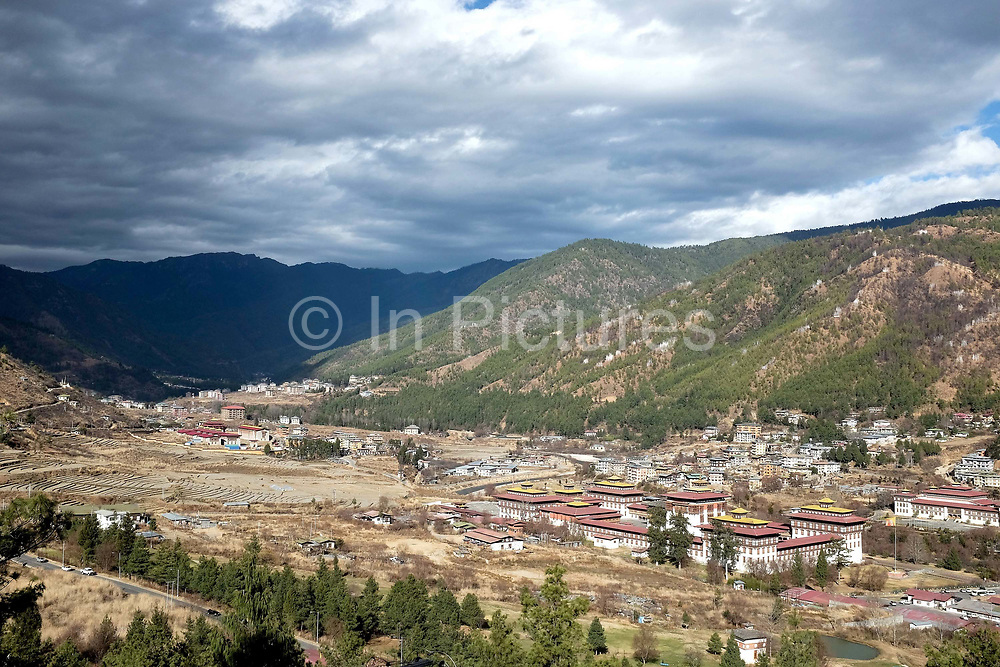