A new Trabant car shell is lifted by forklift from a truck at the East German auto maker VEB Sachsenring Automobilwerke Zwickau in Zwickau, Saxony. A worker carefully manoeuvres the unfinished bodywork into a crate where other vehicles await completion on the production line. The Trabant was the most common vehicle in East Germany - Like the Beetle in the West, its Peoples' Car with a 595 cc, two-cylinder air-cooled engine. It had space for four, was compact, light and durable with its distinctive body shape constructed from Duroplast panels attached to a galvanized steel shell. It was in production without any significant changes for about 34 years, becoming a symbol for the cheap, cheerful and polluting possessions for Communist Europeans. When the Berlin Wall eventually fell, Trabants coughed and spluttered onto West German roads for the first time 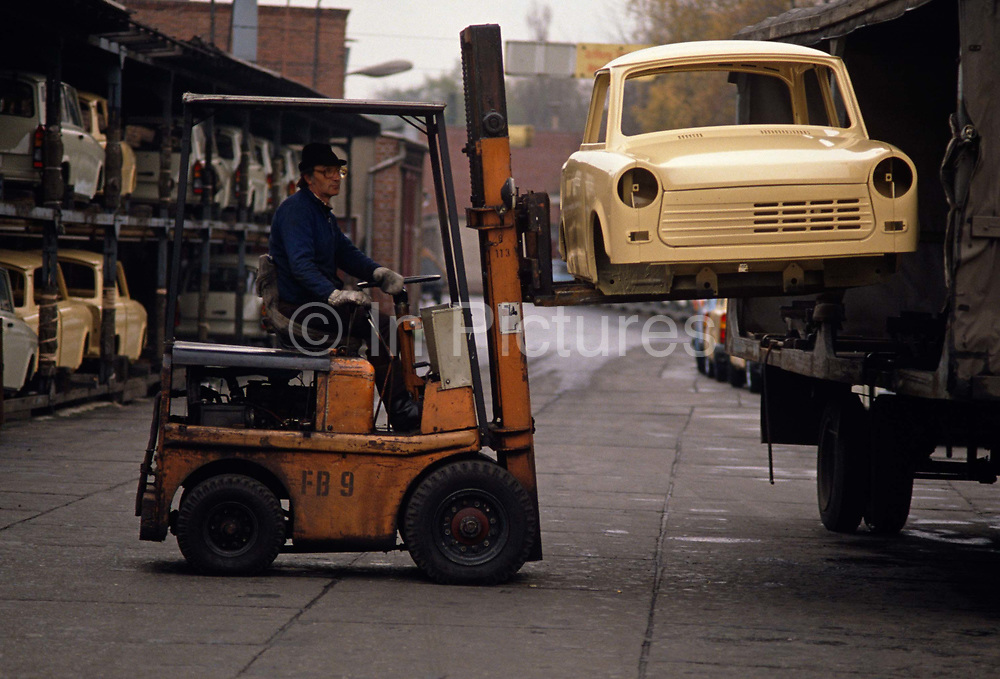