A portrait of three brothers of the same family have their picture taken outside their parents' home in Westcliff, England. The eldest is a teenager of approximately 17 and is holding his youngest brother who is still only 12 months-old. The third boy is biting his lip while looking to the viewer, more anxiously than the other two. He is possibly 14 but both the elder lads wear identically-designed jumpers that cut across the throat to allow their clean white shirts and ties to remain visible. Apart from the young child, the elders share the same dark hair colour but genetically, they share one chromosome that has given them heavy eyebrows, a family trait. This was taken on Kodachrome film stock in the spring of 1961 so the look and feel of the image is dated with wonderfully muted colours that this Kodak film offered to consumers in the early 60s. 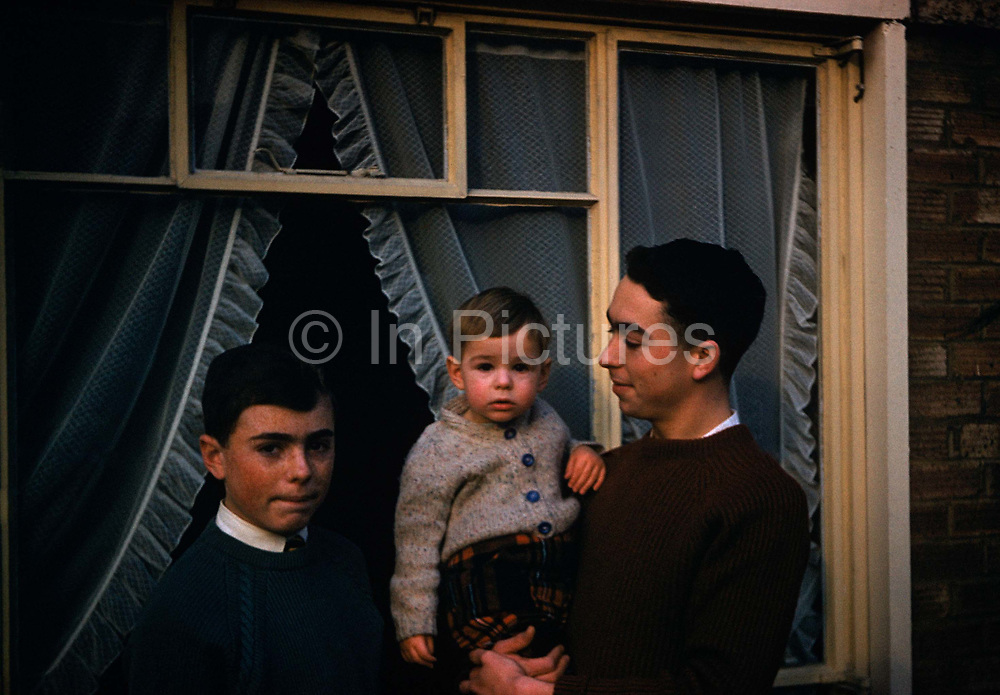