Human tea bags protest outside Sainsbury’s AGM to highlight concern over supermarket’s decision to replace Fairtrade tea on July 5th 2017 in London, United Kingdom. Campaigners dressed up as tea bags protest in front of a giant teapot as shareholders arrive for Sainsbury’s annual general meeting. The human tea bags’ message says ‘Save Fairtrade Tea’. The stunt by Oxfam and CAFOD is part of a campaign launched by a coalition of charities.  One of the main concerns is that farmers and workers who produce ‘Fairly Traded’ tea for Sainsbury’s will no longer have direct control over how they spend the premium – an additional payment on the basic price intended to benefit them. Instead, they will have to apply to a board set up by Sainsbury’s in London. London. United Kingdom. 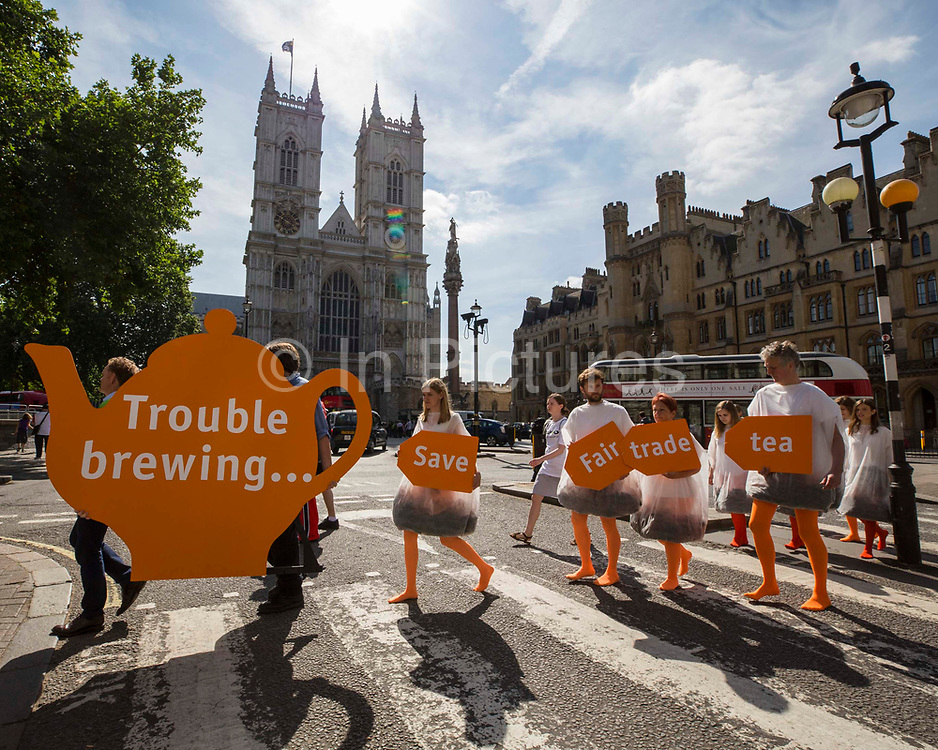