The Ponte degli Alpini over the River Brenta in north Italian town of Bassano. During World War I Bassano was in the front area, and all industrial activities were halted. In World War II, after the Armistice with Italy, the city was invaded by German troops, who killed or deported numerous inhabitants. This symbol of Bassano is the covered wooden pontoon bridge, which was designed by the architect Andrea Palladio in 1569. The bridge was destroyed many times, the last time during WWII. The Alpine soldiers, or Alpini have always revered the wooden bridge and Bassano del Grappa. After the destruction of the bridge, they took up a private collection and had the bridge completely rebuilt. Often soldiers flock to the bridge to remember and sing songs from their days as alpine soldiers. 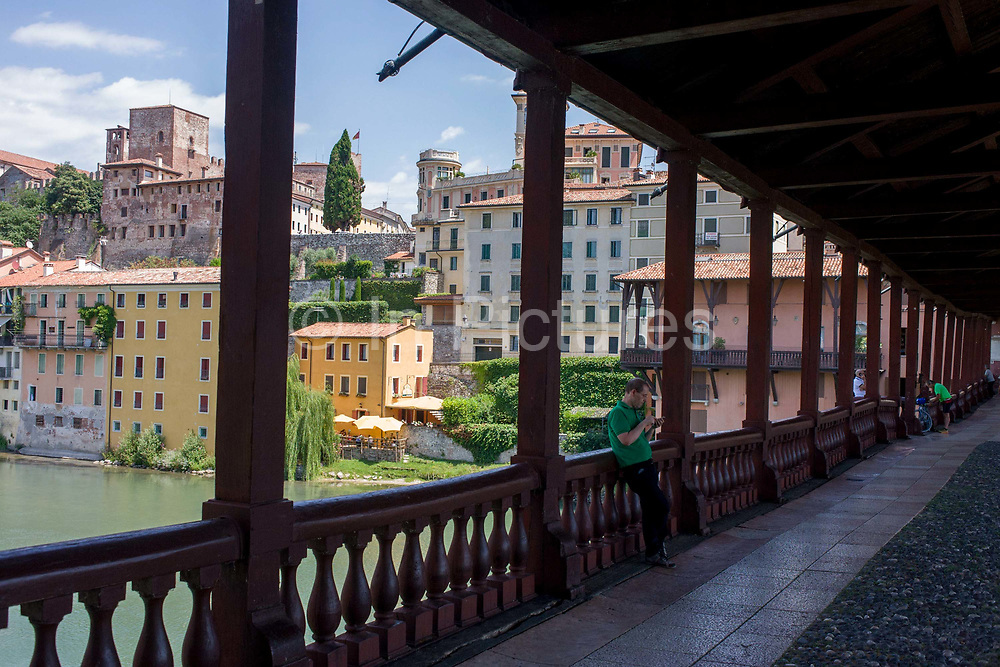