Old cigarette dispenser in a high street, Deal Kent. As a piece of bygone street fixture to a wall in this small town in south-eastern England, we see what used to be a common sight on Britain's streets, shops and pubs. Then, cigarette smoking was a national habit and before the changes of smoking in public laws by progressive governments who also banned the selling of tobacco anywhere, except in licensed premises. Yet somehow this old dispenser remains in place, a symbol of the way things were. 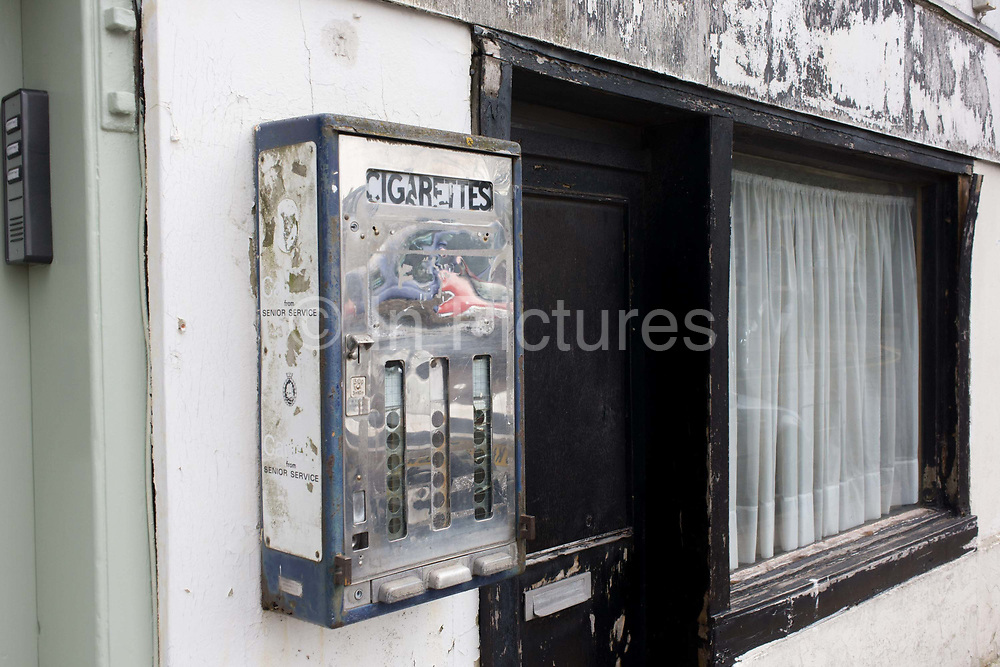