The massive IRA bomb in Bishopsgate Street in the heart of the City of London destroyed a substantial number of businesses and disrupted a major part of London's financial hub. In the days after the attack on 24th April 1993, we see the pictorial evacuation of smiling faces in a portrait of Pret a Manger staff, the sandwich and lunch chain (from the French 'Ready to Eat'). The image was hung above the premises and construction workers wearing hard hats transport the picture, like hundreds of other nearby businesses whose workers carried away company property, for temporary safe storage. This store was also badly damaged and had to be transferred to another location. The City of London has a resident population of under 10,000 but a daily working population of 311,000. It is a geographically-small City within Greater London, England. The City as it is known, is the historic core of London from which, along with Westminster, the modern conurbation grew. The City's boundaries have remained constant since the Middle Ages but it is now only a tiny part of Greater London. The City of London is a major financial centre, often referred to as just the City or as the Square Mile, as it is approximately one square mile (2.6 km) in area. 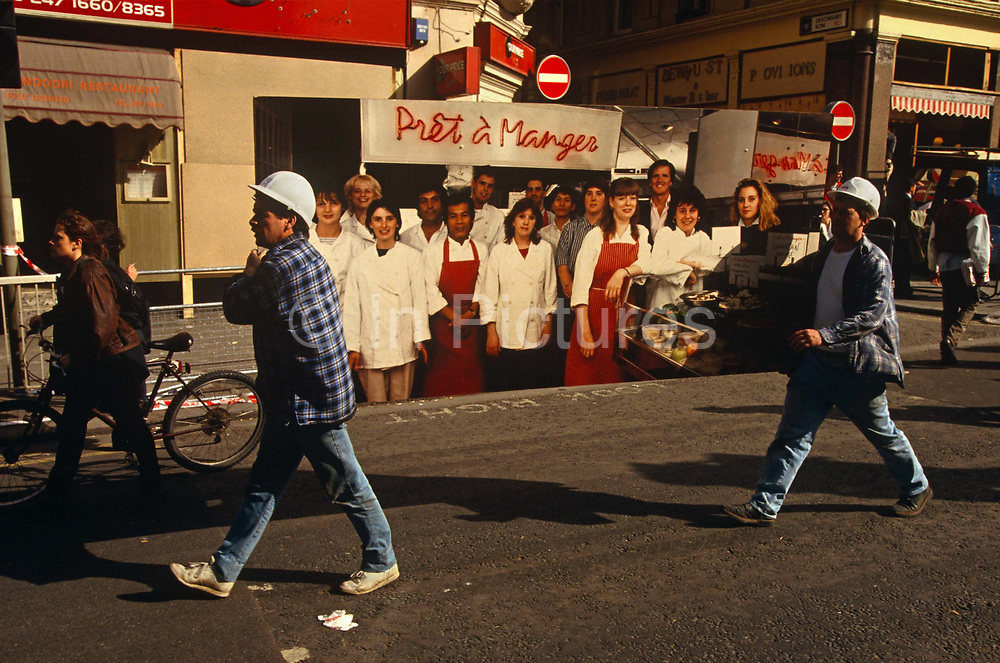