Laos is the most bombed country, per capita, in the world with more than 270 million cluster bomb submunitions dropped on it during the Vietnam War from 1963 to 1974. The Mines Advisory Group (MAG) are a humanitarian organisation clearing the remnants of conflict worldwide and have been working in Lao PDR since 1994. UXO clearance team 6 (UCT6) is an all-female team, one of MAG’s seven UXO clearance teams in Xieng Khouang Province, one of the most heavily bombed provinces in Lao PDR.
Denonation of 4 BLU-26 cluster bomb sub-munitions known locally as 'bombies' in Ban Namoune village. . 'Bombies' are the most common form of UXO remaining - approximately 80 million unexploded bombies remained in Laos after the Vietnam War. They cause more accidents than any other type of UXO in Laos. 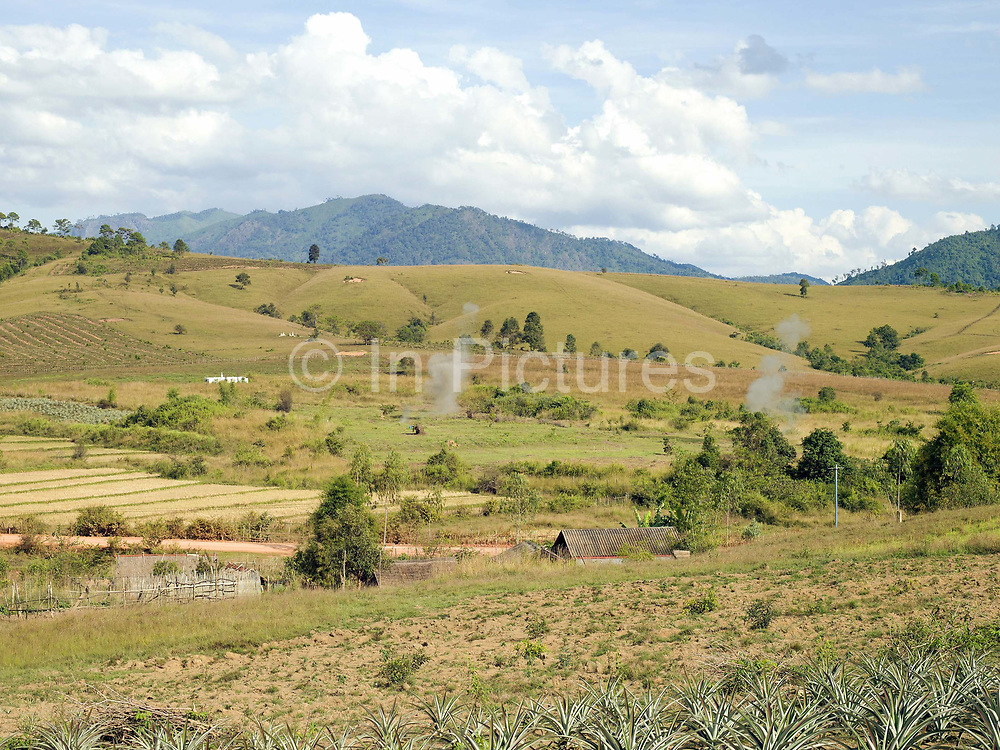