Timbered eaves with inscriptions and carved angels in the roof of Blythburgh church, Suffolk. Over the centuries it was thought that the Parliamentarian William Dowsing shot at the angels during the English civil war, in 1644.
Several of the angels are peppered with lead shot. Here is another of those Suffolk legends; that Dowsing and the churchwardens fired muskets at the angels to try and bring them down. But when the angels were restored in the 1970s, the lead shot removed was found to be 18th century; contemporary with them there is a note in the churchwardens accounts that men were paid for shooting jackdaws living inside the building, so that is probably where the shot arises from. 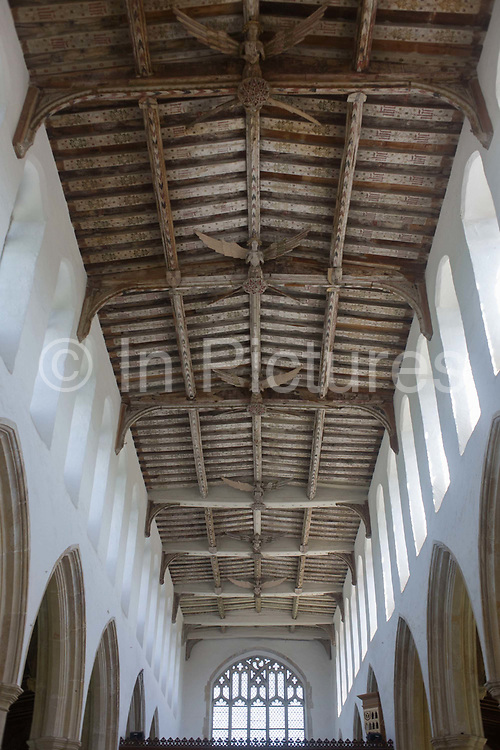