During a televised TV screening in a West End pub, England World Cup football fans have gathered to watch their team's opening match versus USA on TV in London. A couple snog amid a rowdy crowd, all together to enjoy a drunken evening in the street. The man sports a double-earring and the woman wears a cowboy hat with the English cross of St George. Dressed in fashionably similar England shirts - complete with the epic Three Lions badge, worn on the team's chests since their 1966 victory - the last national victory. Much alcohol (mostly, lager beer) is consumed and noisy, loutish behaviour can be heard in the capital's streets. 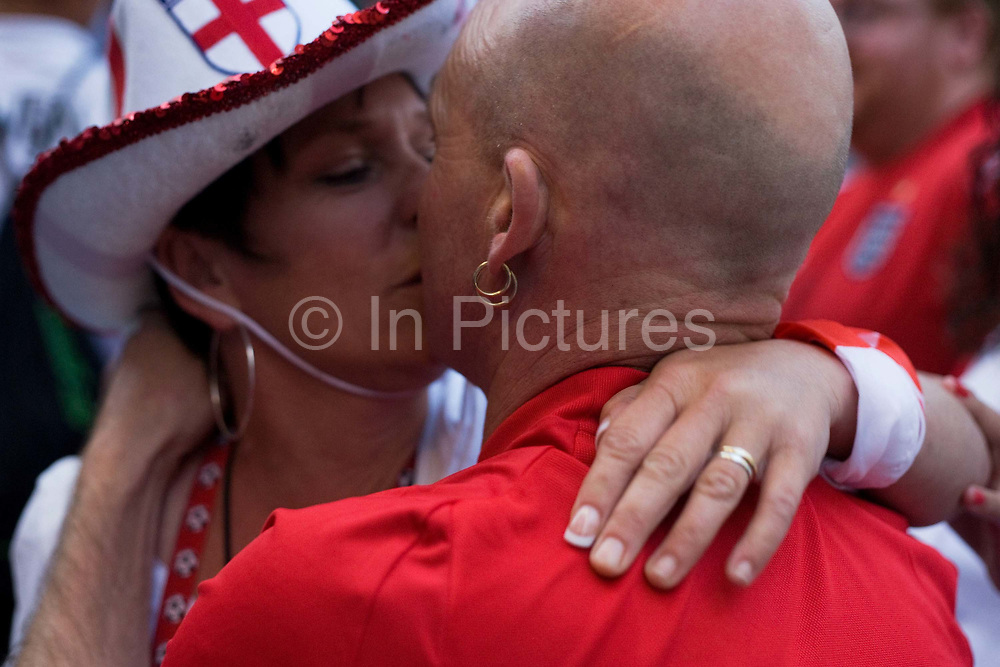