UK - London - Kenneth Brannagh as Hamlet at the RSC

With a dark background as black as his jacket, a wide-eyed young Shakespearean Kenneth Branagh reaches up theatrically to make a dramatic point during his acting role as Hamlet in the Royal Shakespeare Company's (RSC) production that took the biggest advance in its 32-year history – £1.3m, which opened at the Barbican Centre in London last weekend then transferred to Stratford upon Avon in the spring. Branagh received largely favourable reviews for his performance in the title role in Adrian Noble's production. 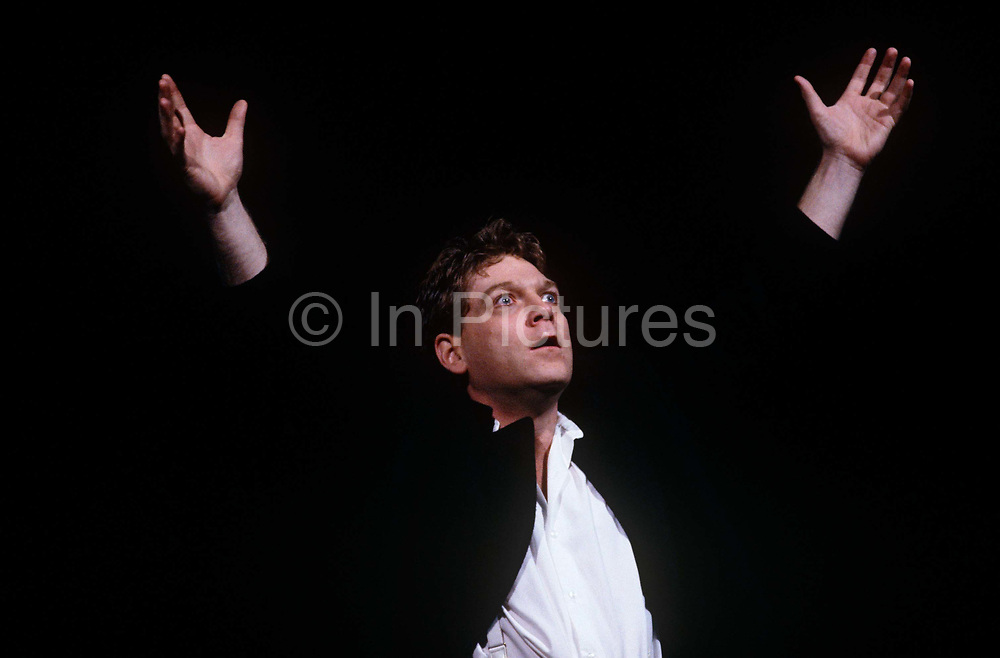