The Plenary Chamber in the centre of the old Reichstag building in central Berlin, Germany. The Bundestag is a legislative body in Germany. The new Reichstag building was officially opened on 19 April 1999. At least 598 Members of the Bundestag are elected and meet here. The Reichstag is the seat of the political centre of Germany. The parliament holds its meetings at the plenary chamber underneath the amazing dome of glass and steel. The ramps which lead you elliptical to the top of the dome make a great visual impact. More than 800 tons weighs the cupola of the Reichstag. The building outlay amounts to a considerable sum of 600 million Deutsche Marks. The directive architect was Sir Norman Foster. 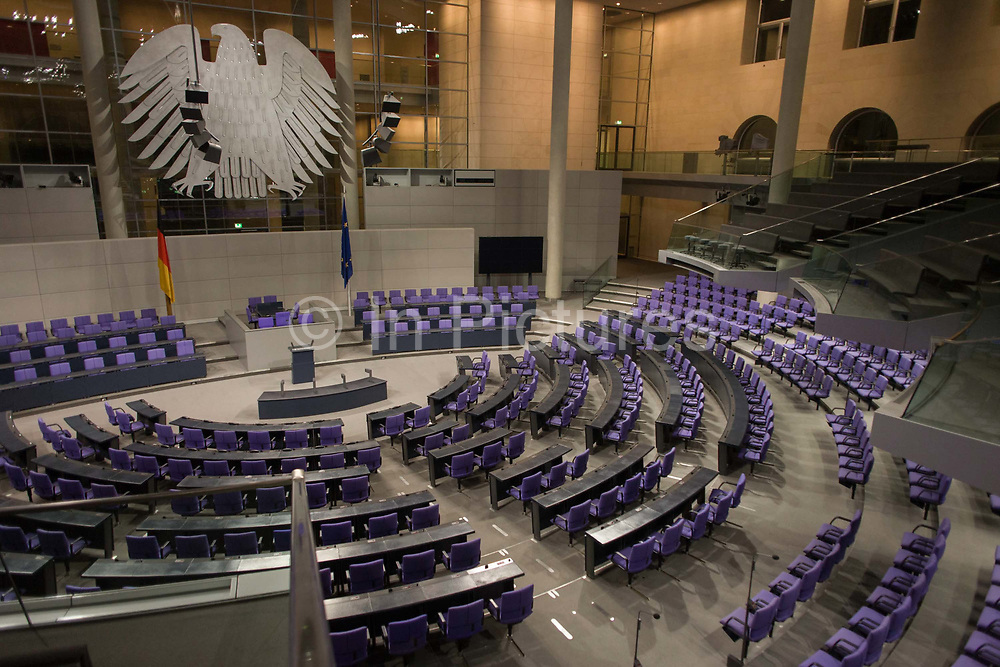