Huang Jen, a soldier, 24 and his wife Ha Ping, also 24 have a daughter Huang She, 2. They are pictured here on the banks of the River Li, in Fulli Town Village, Guangxi province. Because they had a girl first and live in the countryside, they will be able to try for another baby when their daughter is two...Its over thirty years (1978) since the Mao's Chinese government brought in the One Child Policy in a bid to control the world's biggest, growing population. It has been successful, in controlling growth, but has led to other problems. E.G. a gender in-balance with a projected 30 million to many boys babies; Labour shortages and a lack of care for the elderly. 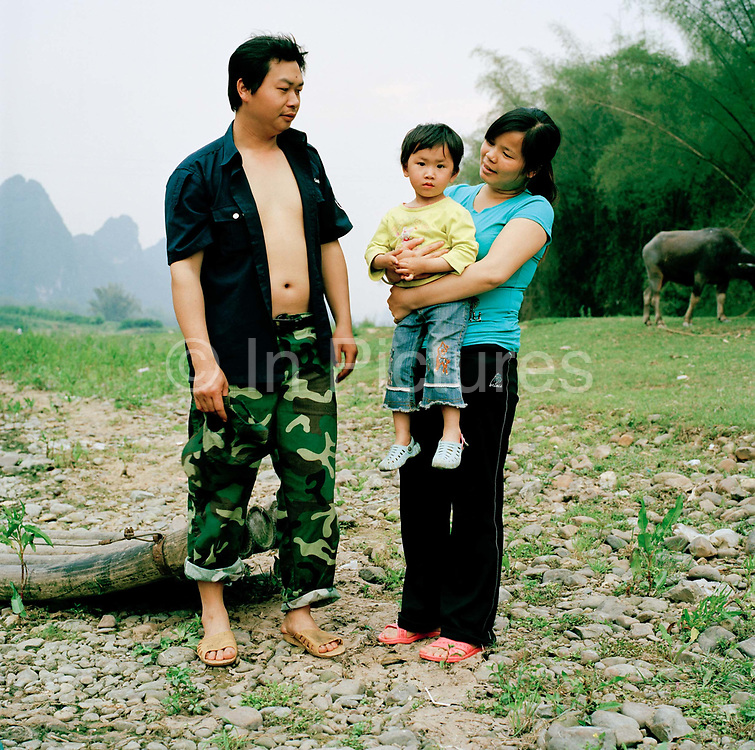