Two police officers guard the outside of the London Libyan embassy that still flies the pro-Gadaffi flag. Seen from a low-angle, we look up top the two men in the uniforms of the Metropolitan police, we focus on the green flag of revolutionary Libyan dictator Muammar al-Gaddafi who made the solid green colours the emblem of his regime. On 1 September 1969, a small group of military officers led by then 27-year-old army officer Muammar al-Gaddafi staged a coup d'état against King Idris, launching the Libyan Revolution. In the days after the uprising sweeping across the north African country, the embassy remains loyal to the beleaguered government. 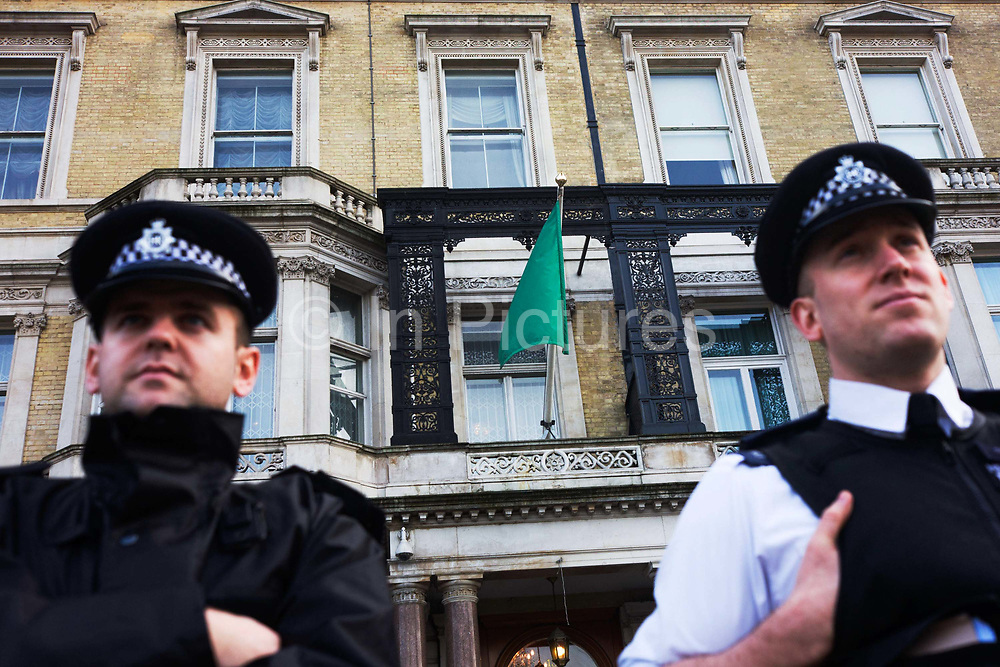