Snatching a well-earned lunchtime snooze, two young office workers in Trinity Park in the City of London. The young man on the left has his arms folded across his chest, his dark pinstripe suit apparently a little warm on this fine day. To his left is another youngish gentleman who looks less formal: his jacket opened and his tie crooked while his open mouth might emit snores in this public space. The bench which is owned by the Corporation of London has pigeon droppings on the back and arm rest but these two tired people care less about animal hygiene than the chance to steal a few precious minutes sleep before re-entering their office buildings and returning to desks. 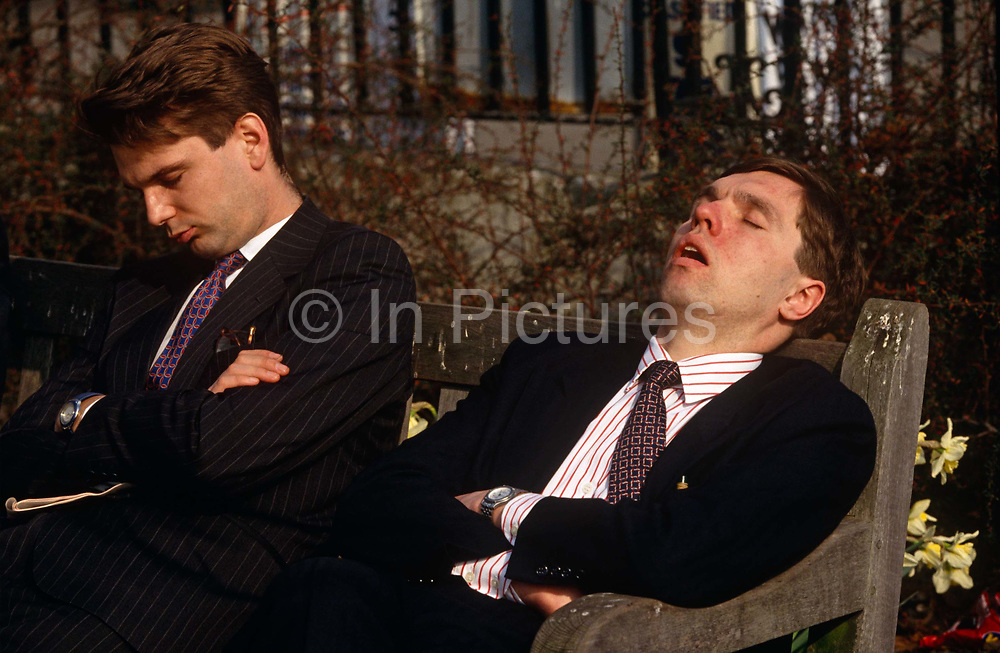