Lunchtime pedestrians on the corner of Lothbury and Tokenhouse Yard, two narrow and historic streets with the high walls of the Bank of England in the background - in the City of London, the capital's financial district. The area was populated with coppersmiths in the Middle Ages before later becoming home to a number of merchants and bankers. Lothbury borders the Bank of England on the building's northern side. Tokenhouse St dates from Charles I and was where farthing tokens were coined. The City of London is the capital's historic centre first occupied by the Romans then expanded during following centuries until today, it has a resident population of under 10,000 but a daily working population of 311,000. 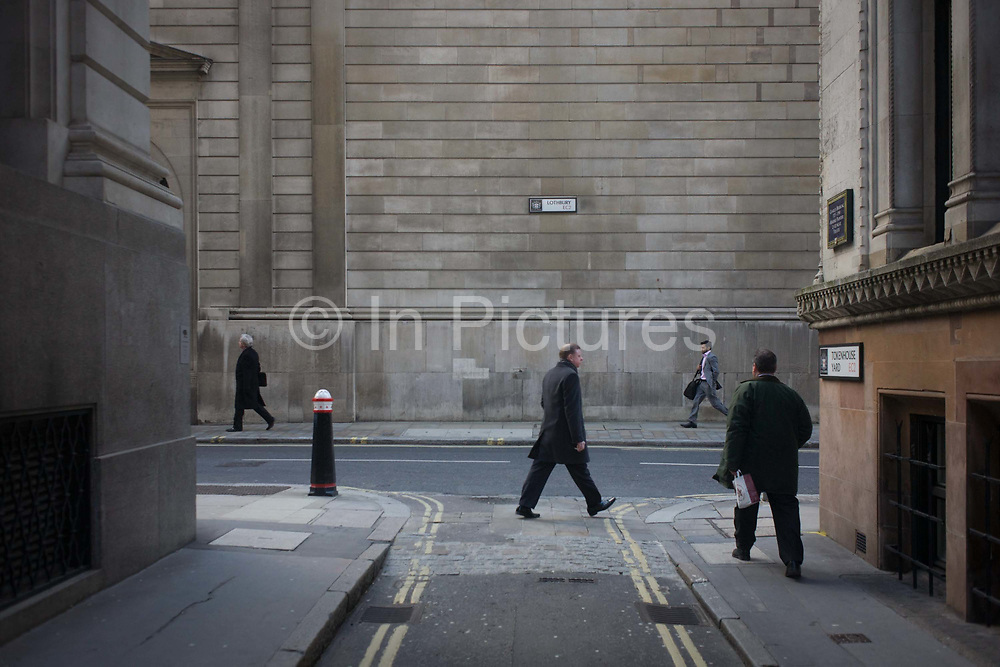