London bus passengers endure the misery of another morning commute into the city. As they sit looking miserable, squashed in the bus, its windows steamed up they are unaware of The Chronicles of Narnia movie poster that shows itself to the outsider. In the panoramic banner often used by the film industry for forthcoming movie productions, we see the main characters from Narnia in heroic, romantic and epic story roles. But the reality of another commute into London is also a heroic experience when wintry conditions often stop the flow of public transport and its infrastructure. The Chronicles of Narnia is a series of seven fantasy novels for children written by C. S. Lewis. It is considered a classic of children's literature and is the author's best known work, having sold over 100 million copies in 47 languages. 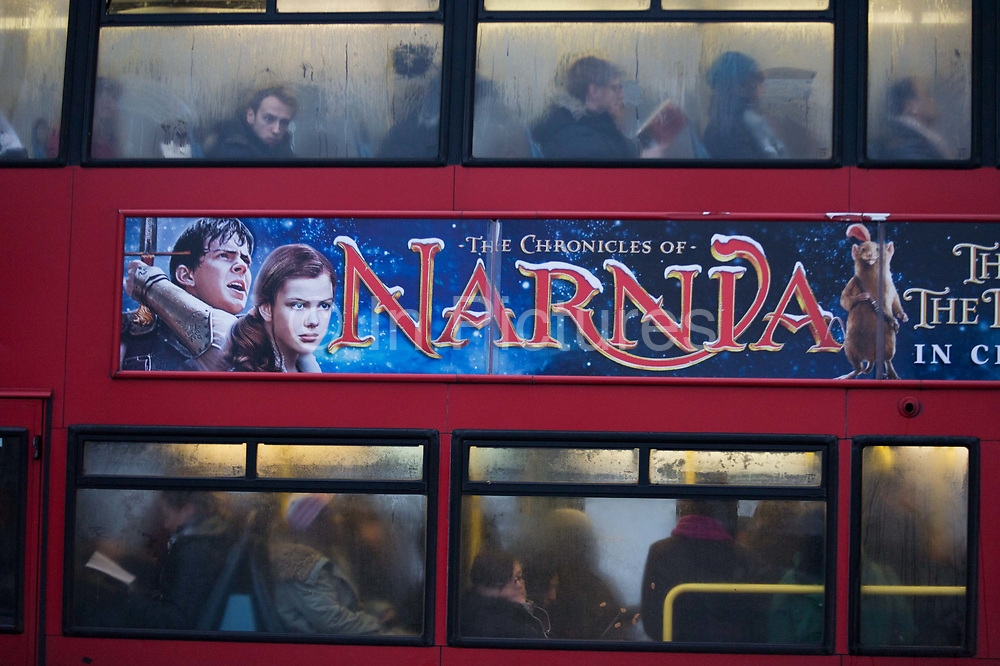