Metropolitan Police officers wearing face coverings prepare to speak to environmental activists from Extinction Rebellion protesting outside the Shell Centre on the 25th anniversary of the killings of the Ogoni Nine on 10 November 2020 in London, United Kingdom. The Ogoni Nine, leaders of the Movement for the Survival of the Ogoni People (MOSOP) including activist Ken Saro-Wiwa, were executed by the Nigerian government in 1995 after having led a series of peaceful marches involving an estimated 300,000 Ogoni people against the environmental degradation of the land and waters of Ogoniland by Shell and to demand both a share of oil revenue and greater political autonomy. 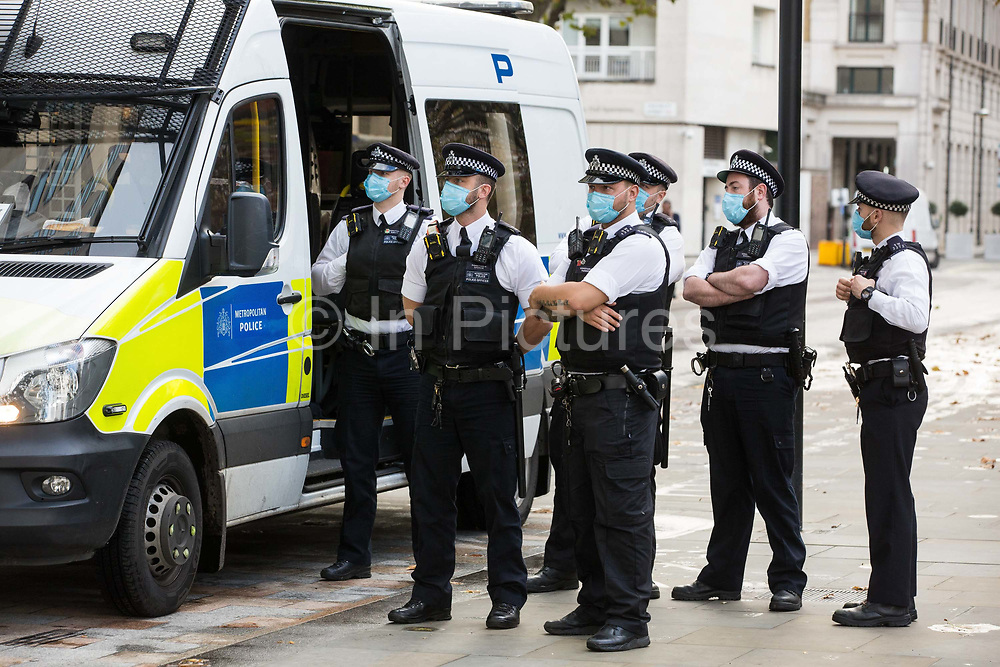