A woman walks past a phone network supplier's ad for the Apple iPhone 5c. A side profile view of the newest in the iPhone range is featured against a pink background colour, perhaps appealing more to the female buyer. Coincidentally, a woman consumer passes-by holding her own smartphone, maybe not a iPhone but one with a similar OS. The iPhone 5S (marketed with a stylized lowercase 's' as iPhone 5s) is a smartphone developed by Apple Inc. It is part of the iPhone line, and was released on September 20, 2013. 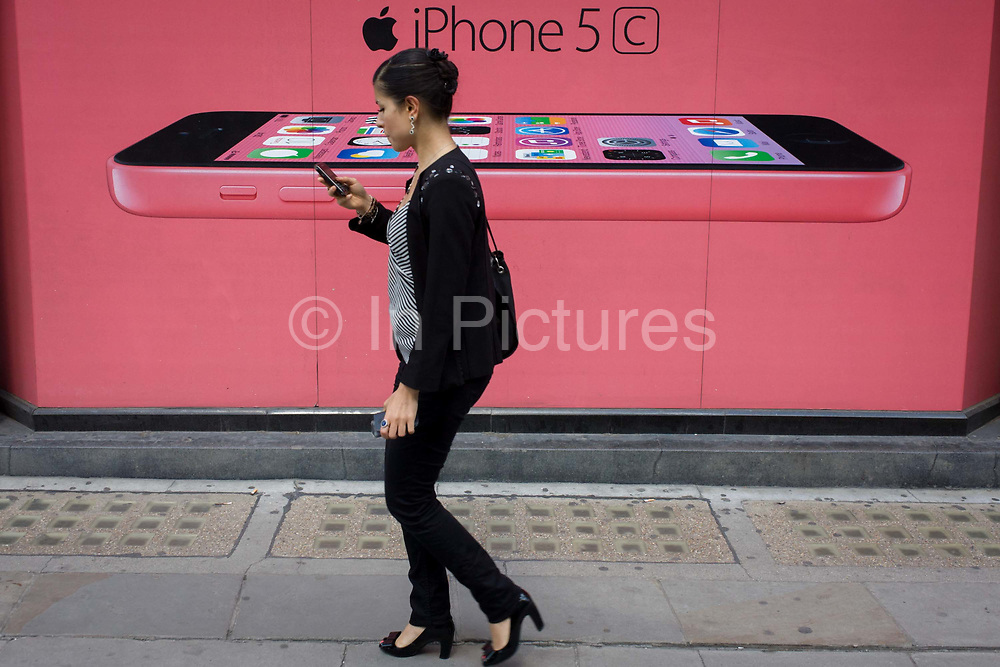