Roa weasel on Great Eastern Street in Shoreditch, East London. Standing next to works by Ben Eine (coloured letterform 'E') and Phlegm's bizarre character. Roa is a Belgian street artist renowned for his giant black and white animals which can be found on walls and shutters in varying states of decay. Biggest of them all is the Roa Crane on Hanbury Street which was put up in 2010. There are also a few Rats and Birds which reside on shop shutters along Brick Lane. 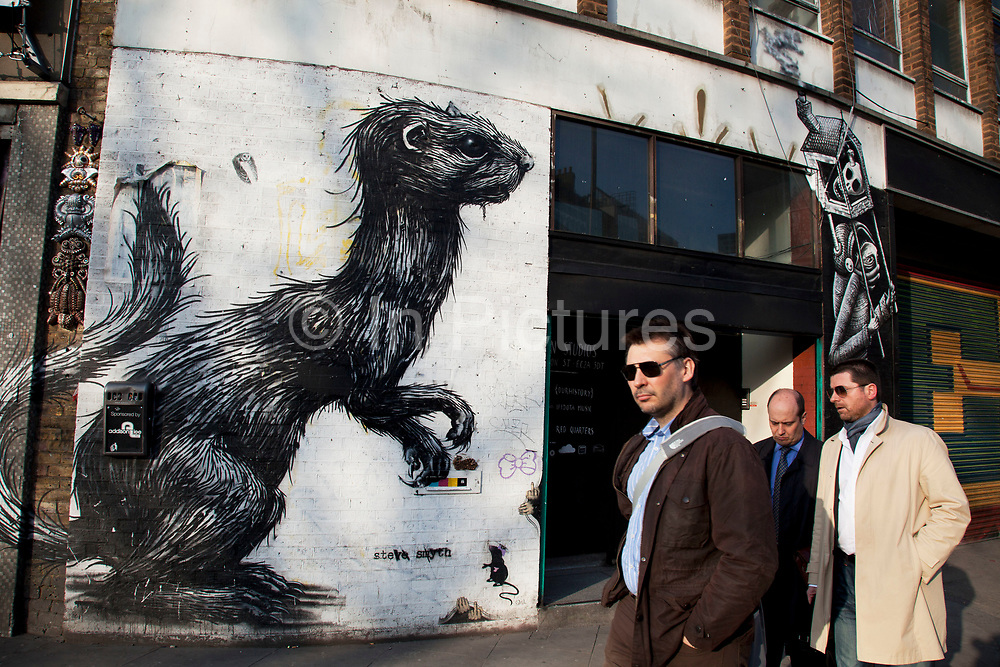