An embroidery showing the kaaba shrine in Mecca on an exterior wall in the village of Bairat on the West Bank of Luxor, Nile Valley, Egypt. The Kaaba, or Kaʿbah, is a small shrine near the centre of the Great Mosque in Mecca and considered by Muslims everywhere to be the most sacred spot on Earth. Islam in Egypt is the dominant religion in a country with around 80 million Muslims, comprising 94.7% of the population, as of 2010. Almost the entirety of Egypt's Muslims are Sunnis, with a small minority of Shia and Ahmadi Muslims. The latter, however, are not recognised by Egypt. 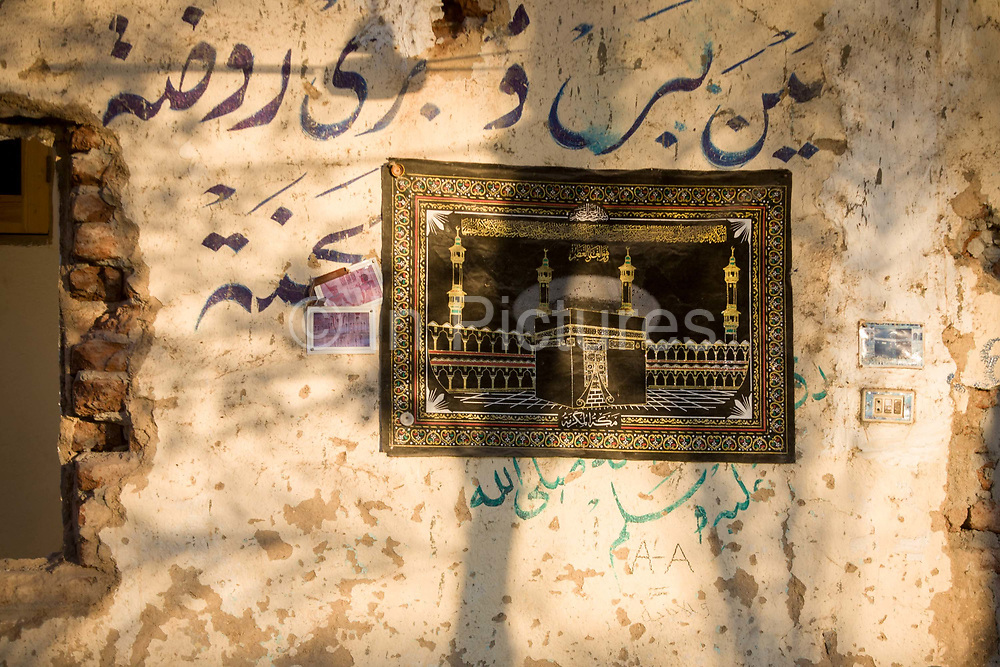