A young boy wearing his school uniform looks traumatised standing next to a burned-out shell of a saloon car that was set alight by vandals beneath the infamous Divis flats of the Catholic Lower Falls Road, West Belfast. He wears a red jumper which contrasts the blue graffiti paint on the wall behind him and the charred ground at his feet. He is alone, a young boy experiencing childhood through the traumas of a violent world Divis Tower was a flashpoint area during the height of the Troubles. 9 year-old Patrick Rooney a child of a similar age to this lad, was the first child killed in the Troubles, was killed in the tower during the Northern Ireland riots of August 1969, 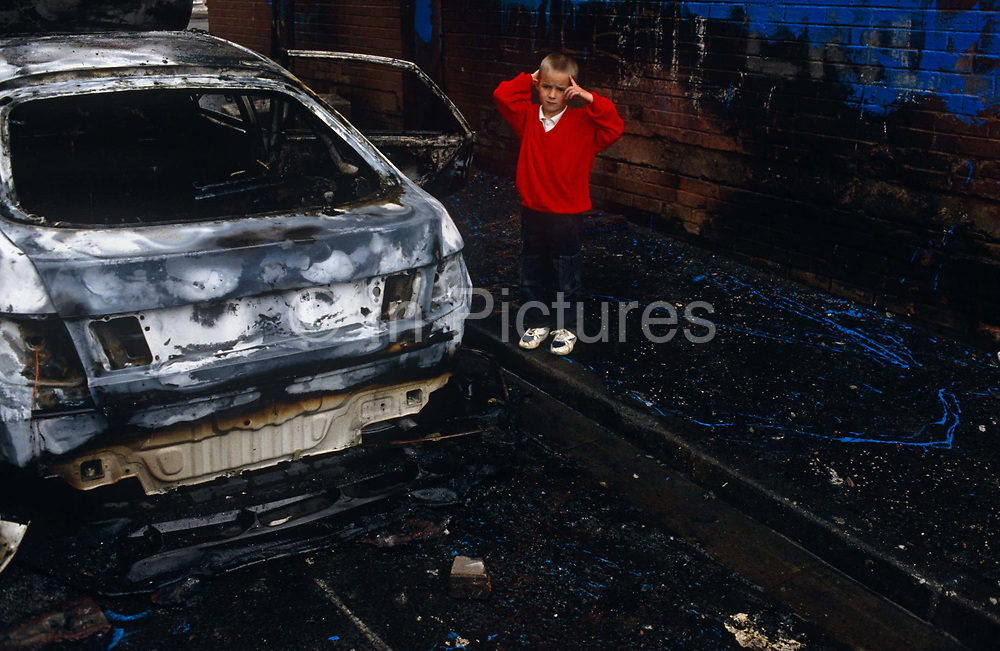