An elderly lady lies oddly on the grass surrounded by crowd of Britons out in Hyde Park to celebrate the 50th anniversary of VE (Victory in Europe) Day on 6th May 1995. As if awoken and surprised at being surrounded by a melee of people, the eccentric woman gives a disapproving stare at a passer-by. In the week near the anniversary date of May 8, 1945, when the World War II Allies formally accepted the unconditional surrender of the armed forces of Germany and peace was announced to tumultuous crowds across European cities, the British still go out of their way to honour those sacrificed and the realisation that peace was once again achieved. Street parties now – as they did in 1945 – played a large part in the country’s patriotic well-being. 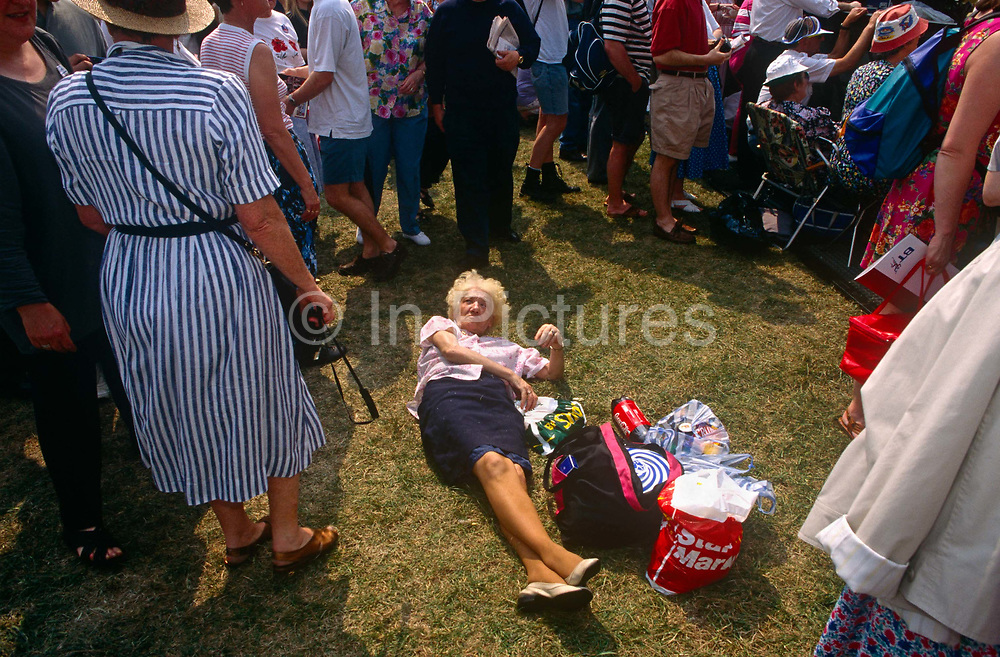