The nose detail of a de Havilland Comet in the colours of the long-defunct airline Dan Air is seen in profile at the Imperial War Museum's Duxford airfield, Cambridgeshire, England. The British de Havilland Comet first flew in July 1949 and is noted as the world's first commercial jet airliner as well as one of the first pressurized commercial aircraft. Early models suffered from catastrophic metal fatigue and the aircraft was redesigned. Here, the nose structure is held together with rivets that sit askew of the aircraft skin making it aerodynamically unfit to fly. It remains however, one of the classic and iconic designs in the history of commercial aviation. Picture from the 'Plane Pictures' project, a celebration of aviation aesthetics and flying culture, 100 years after the Wright brothers first 12 seconds/120 feet powered flight at Kitty Hawk,1903. 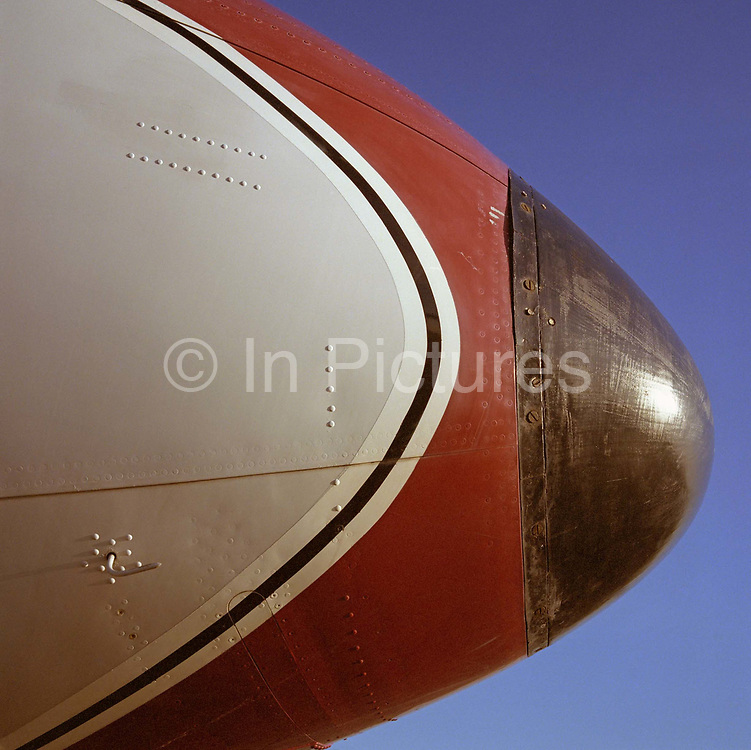