Many pairs of anti-slip Acifort Wellington boots are awaiting users at the New England seafood suppliers in Chessington, London England. Made by British company Dunlop, these boots are designed as protection against the cold , insulating wearers in refrigerated workplaces such as this facility where fresh fish is processed ready for supplying UK supermarkets. Either showing their soles or standing on the floor alongside the wearers' outdoor footwear, they are coloured various shades of clean off-white or soiled cream. New England Seafood is a major supplier of fresh and frozen premium sustainable fish and seafood in the UK and one of the largest importers of fresh tuna. The Wellington boot -or wellie - was worn and popularised by Arthur Wellesley, 1st Duke of Wellington and fashionable among the British aristocracy in the early 19th century. 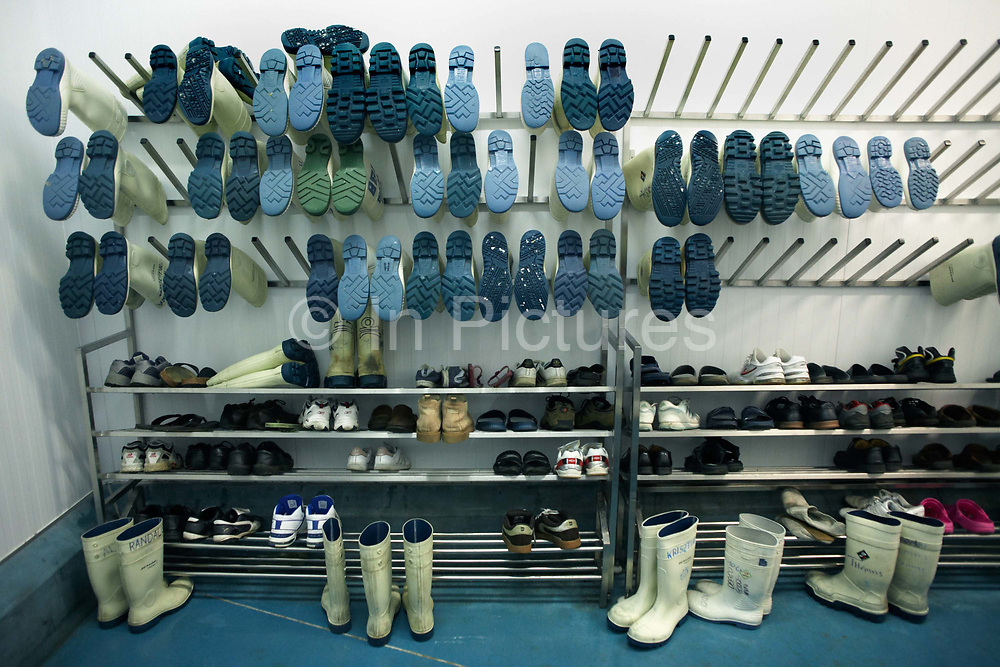