A businessman reads a 1992 edition of the Daily Express whose headline announces that Prime Minister John Major is fighting the Pound Crisis, on a bench in the City of London aka The Square Mile, the capitals financial centre, on 18th September 1992, in London, England. Black Wednesday occurred in the United Kingdom on 16 September 1992, when John Majors Conservative government was forced to withdraw the pound sterling from the European Exchange Rate Mechanism ERM after it was unable to keep the pound above its agreed lower limit in the ERM. 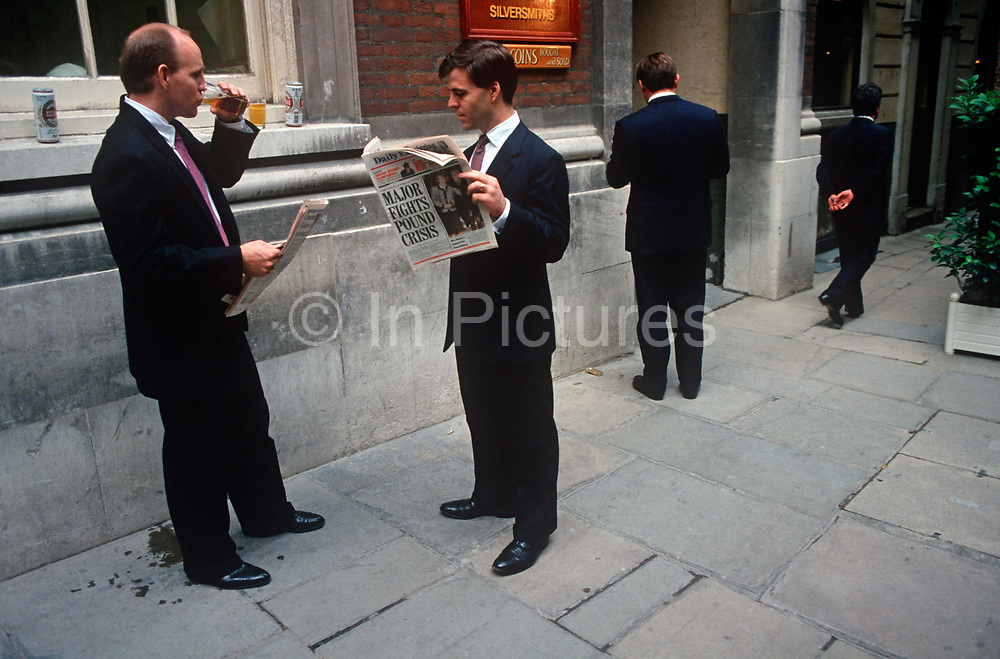