Juana Calfunao Paillalef, a female Lonko, leader and certainly one of the most outspoken defenders of the Mapuche cause stands in front of her Ruka, the traditional circular wood and straw hut on her ancestral land. Having being inprisoned several times and in all for more then four years, has become an important symbol for the resistance of her indigenous people. She is internationally known and admired both at home and abroad, though her many enemies inside the Chilean state consider her to be a terrorist. She and her family are constantly threatened and intimidated by the police. They have suffered multpile physical and verbal aggressions over the years as well and continually be under surveillance. Unbowed she continues her resisitance fight, Araucania, Chile. February 14, 2018. 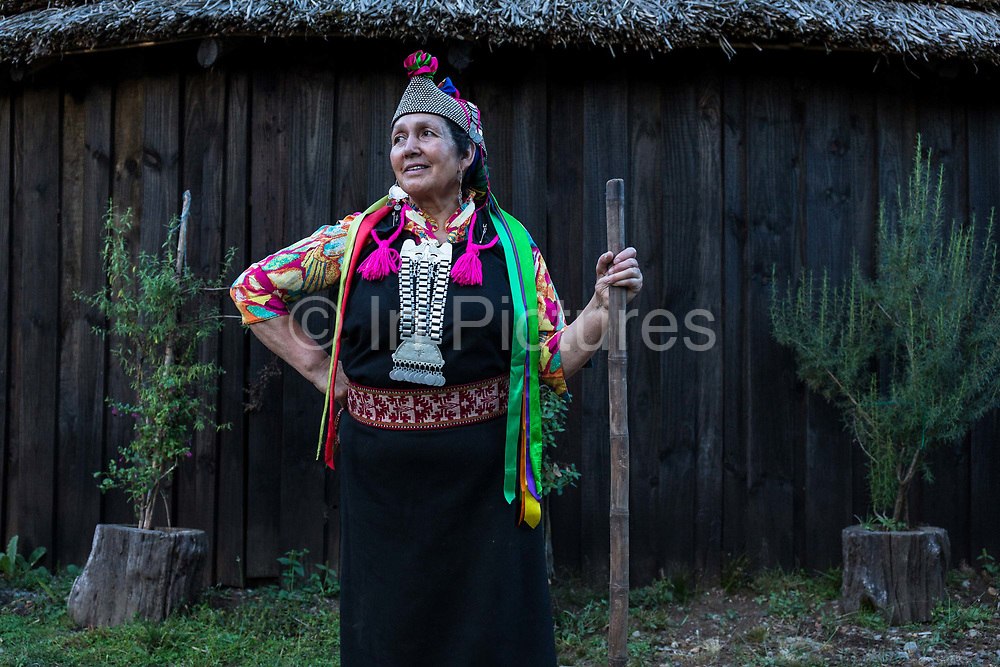