The veteran BBC broadcaster Richard Baker (same name as the photographer of this picture) is seen in a Radio 3 studio in Langham Place, in central London. With glasses at hand and programme notes on his console with microphones pointing to his face, Baker is looking to camera with a pair of old-fashioned earphones around his neck. Richard Baker OBE (born 1925) started at the BBC as an announcer and presented many classical music programmes on both television and radio, including for many years the annual live broadcast from the Last Night of the Proms but he’s best known as a newsreader for the BBC News from 1954 to 1982 and the long-running Your Hundred Best Tunes for BBC Radio 2 on Sunday nights. 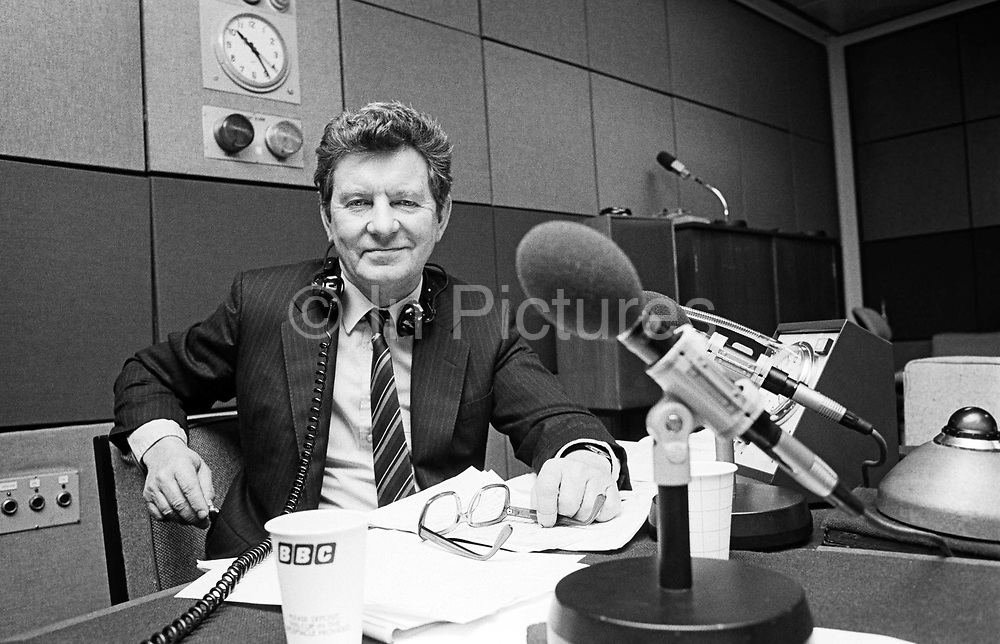