'Store Closing, All Stock Reduced' posters stuck to the window of a closing Woolworths shop in the town of Nailsea, Nth Somerset. In its 100th year, the iconic high street chain of affordable goods has welcomed generations of shoppers since its first outlet opened in 1909 In a period of financial turmoil when recession followed the credit crunch, Woolworths went into administration in November 2008 with debts of £385m Pounds. Its 815 nationwide outlets were forced to close and its 27,000 workers laid off. Around a recession-bled Britain, high-street businesses have been going bust in their thousands. Britain has now endured eight recessions since the Second World War. No two recessions are alike, and that applies to the current slowdown also. It has been caused by a shock to the availability of credit, a massive build up of debt. 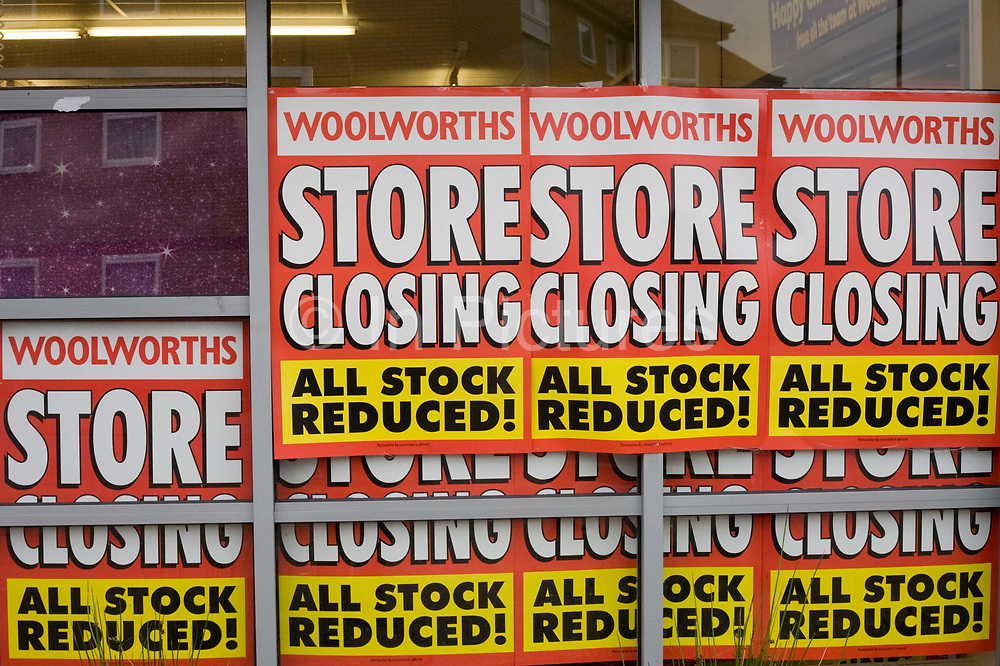