Reflected in a mirrored wardrobe door, a Catholic Priest puts on his Alb before morning Mass in the church's private dressing backroom called the Sacristy (also called the Vestry) at St. Lawrence's Catholic church in Feltham, London. Using morning summer light from the window of his private dressing room, the Father (the more formal term for a Catholic priest by his congregation) is about to put the Alb over his head. The Alb is the white linen vestment with close fitting sleeves, reaching nearly to the ground and secured round the waist by a girdle (cincture). He is already wearing his Amice, an oblong linen cloth (at least 32 inches long and 24 wide), which is first placed upon the head and then brought down and drawn about the neck where it is fastened with cords. Originally it served as a head-covering for the priest. 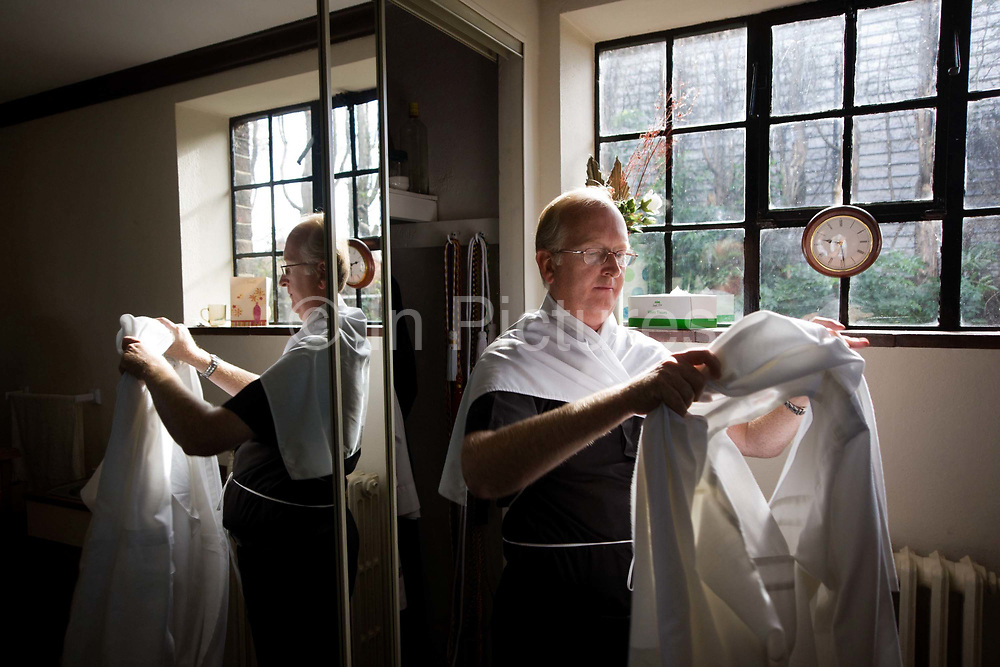