The renowned maze designer Randoll Coate works in his studio on more labyrinth plans. Gilbert Randoll Coate (8 October 1909 – 2 December 2005) was a British diplomat, maze designer and "labyrinthologist". With interests in art and history, Coate completed over 50 new mazes in Britain and around the world. His designs are particularly noted for their symbolism. Although it is rarely possible to see a large maze in plan view, they would often incorporate hidden shapes and references of significance to the clients who had commissioned the maze. Notable work includes: Bath Festival Maze (1984) — a stone path in Beazer Gardens, Bath; a yew hedge maze at Blenheim Palace for the Duke of Marlborough; El laberinto de Borges (Borges Memorial Maze) — San Rafael, Mendoza, Argentina. He died in Le Rouret, near Grasse, France on the 2 December 2005, aged 96. 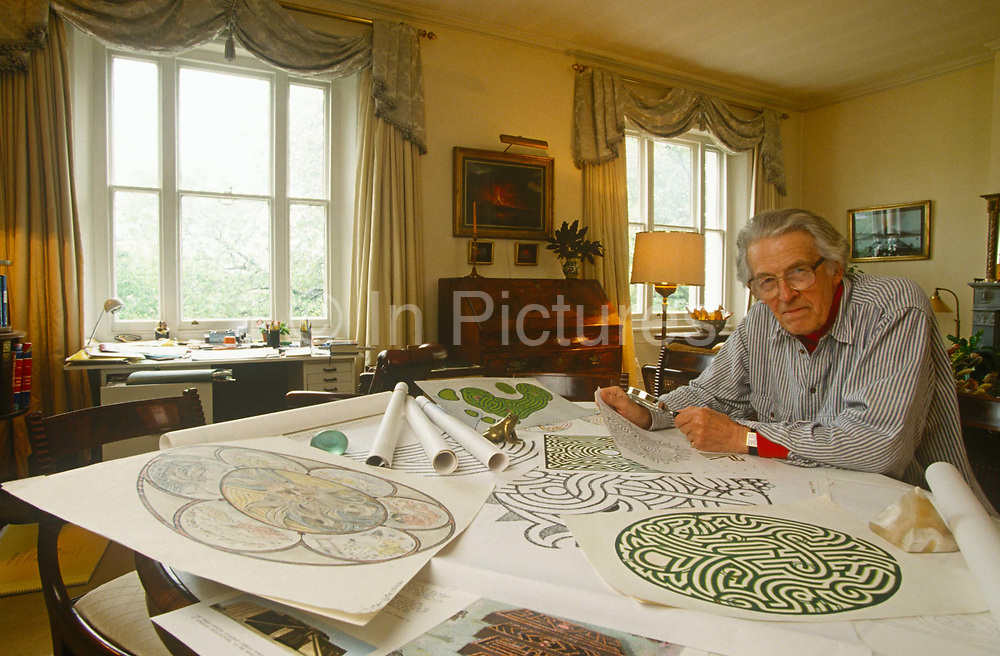