With orange sparks falling away below, a shipbuilder welds while standing on a scaffolding gantry on the hull of a large German ferry at the Polish Gdansk shipyard - once known as the Lenin Shipyard but still the largest of its kind in modern Poland. The grimy and hazardous working conditions make for a dangerous environment in which to work and the worker wears a protective hood on his head. Here in 1980 the union Solidarity (Solidarnosc) was conceived and was partly responsible for a growing dissent against Communist rule, ultimately contributing towards the fall of the Berlin Wall. Lech Walesa started his political career as an electrical technician here, going on to lead Solidarity and then to become President of a democratic Poland. Today Gdansk is a major industrial city and shipping port. 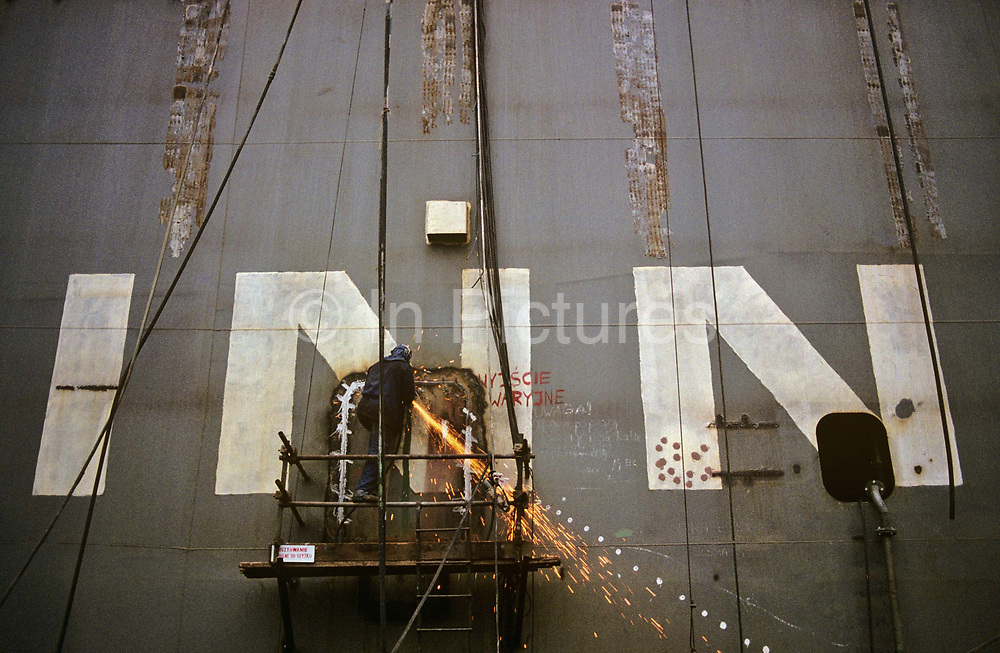