Members of the British Royal Marines band march under a giant backdrop of Lord Horatio Nelson's flagship HMS Victory during the Royal Tournament. Ranks of the musical soldiers appear from between large doors that are already closing behind their last rows. Above them is the huge mural depicting the famous sea battles at which Nelson and his fleet of warship navy were victorious such as Gibraltar; Quiberon; Saintes and Cape St. Vincent. The Royal Tournament was the World's largest military tattoo and pageant, held by the British Armed Forces annually between 1880 and 1999. The venue was originally the Royal Agricultural Hall and latterly the Earls Court Exhibition Centre. In its later years it also acted as a fundraising event for leading forces charities, such as The Royal British Legion. 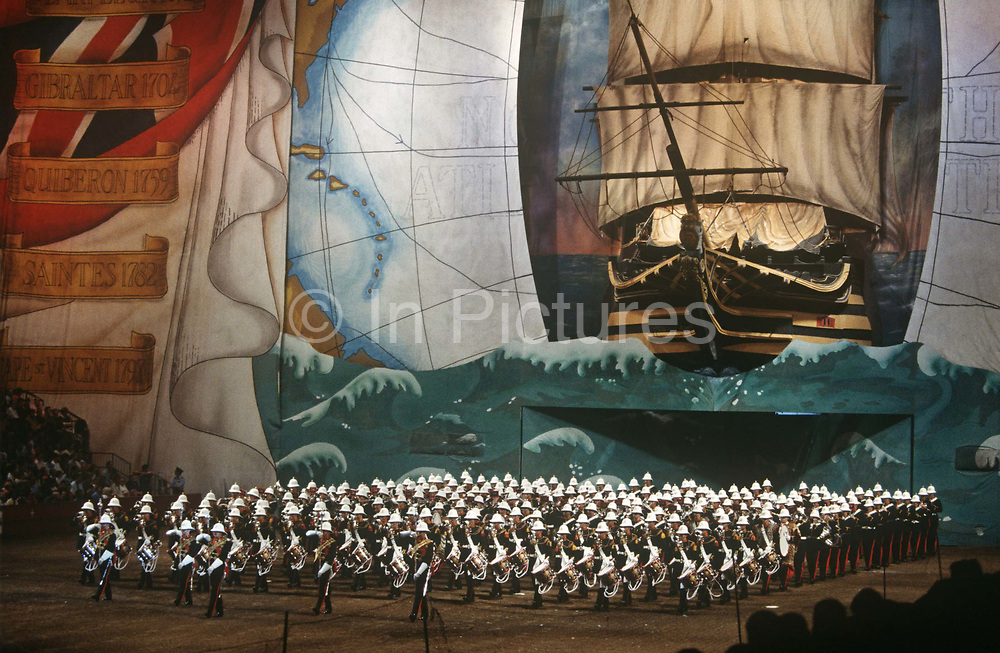