The celebrated tomb of Polish-born composer Frédéric François Chopin in the Pere Lachaise cemetery, Paris. Chopin was a Polish composer and virtuoso pianist of French-Polish parentage. He is considered one of the great masters of Romantic music. Chopin was born in Żelazowa Wola, a village in the Duchy of Warsaw. A renowned child-prodigy pianist and composer, Chopin grew up in Warsaw and completed his music education there; he composed many mature works in Warsaw before leaving Poland in 1830 at age 20. Père Lachaise Cemetery (French: Cimetière du Père-Lachaise- or officially cimetière de l'Est, "East Cemetery") is the largest cemetery in the city of Paris, France (44 hectares (110 acres) containing the remains of a million French and foreign dead. 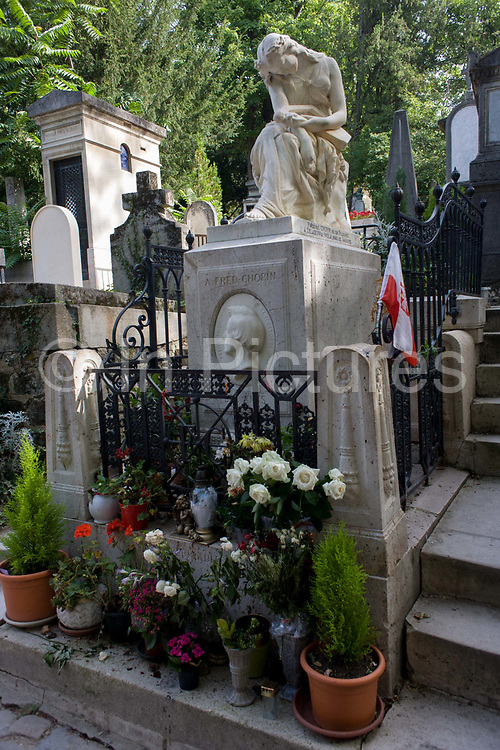