Clap For Carers In London

Family applauding NHS workers as part of a street celebration at 8pm on Thursday night, 9th April 2020 in London, United Kingdom. In a weekly act of solidarity with front line workers, Britons took to streets, balconies and doorsteps banging pots and pans and clapping for those working on the front lines in the battle against the Covid-19 outbreak. Cars honked their horns and fireworks were set off as the nation saluted those working tirelessly throughout the outbreak. The campaign, which first began at the end of March, was widely circulated on social media, and hundreds of thousands of people across the UK participated. 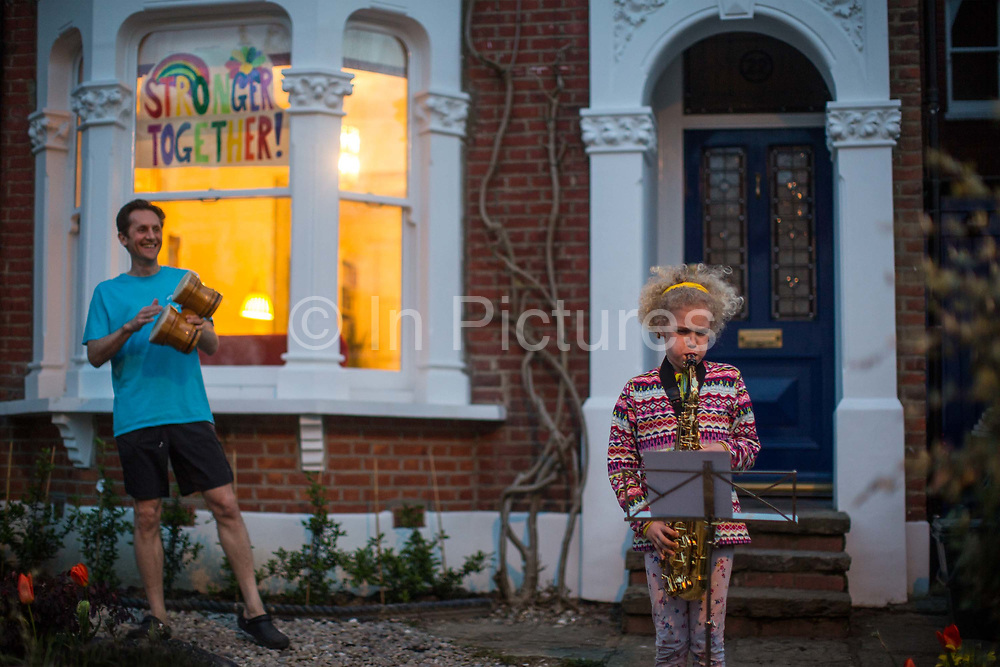