A Refugee stands in front of a map of London at Heathrow Airport. The man has just claimed political assylum. He is in the offices of the Refugee Arrivals Project, a partly government funded charity, that greets and looks after refugees as they arrive in the UK. The RAP is staffed mostly by former refugees from many different nationalities. He stands in front of a map of the London Underground awaiting dispersal to a hostel for the night. 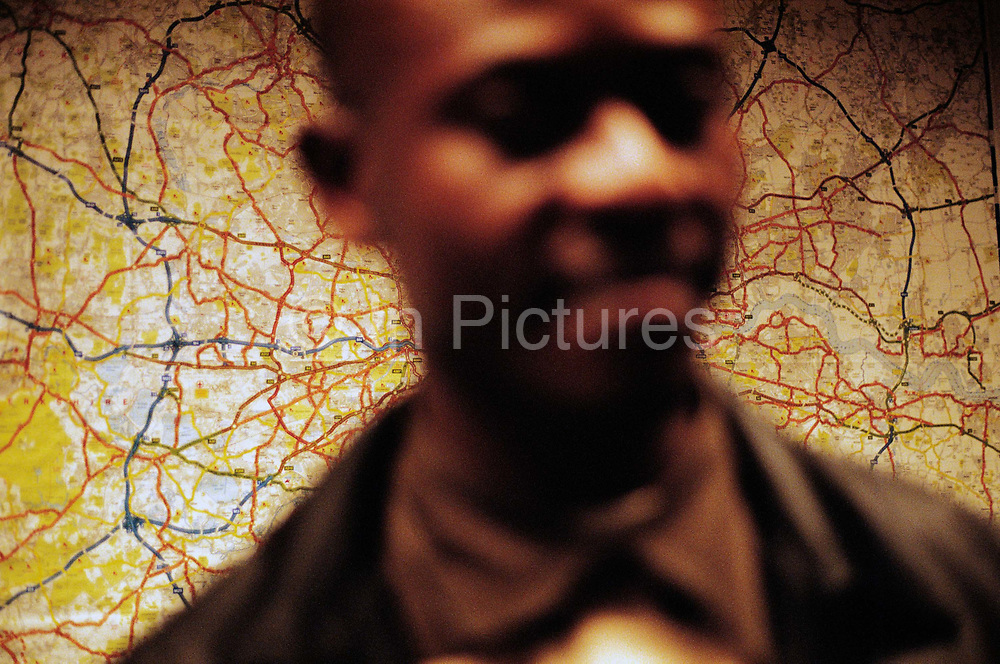