A monkey tied outside a house in Ban Thajok, Xieng Khouang Province, Lao PDR. Xieng Khouang Province is one of the most bombed provinces in the most heavily bombed country, per capita, in the world. More than thirteen million tonnes of ordnance was dropped on Laos during the Vietnam War, up to 30% of which did not detonate. In some areras, every house uses the remnants of war. Cluster bomb casings are lined up to make fences or laid down on the ground to serve as animal troughs. 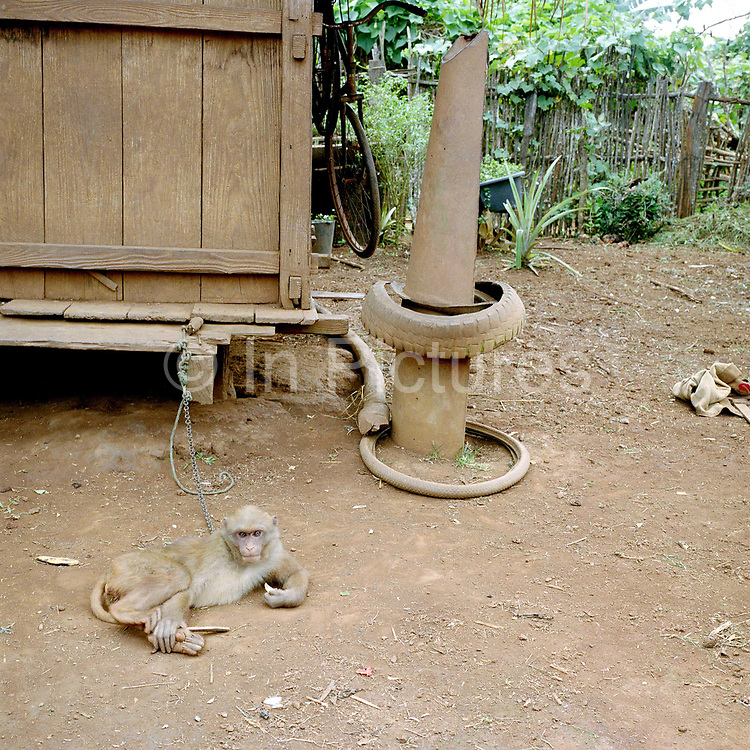