Wide exterior of blue sky, holy cross and gothic architecture of the Cathedral of Santa Maria of Palma in Palma, Mallorca, Spain. More commonly referred to as La Seu (a title also used by many other churches), is a Gothic Roman Catholic cathedral built on the site of a pre-existing Arab mosque. It is 121 metres long, 55 metres wide and its nave is 44 metres tall. Designed in the Catalan Gothic style but with Northern European influences, it was begun by King James I of Aragon in 1229 but finished only in 1601. 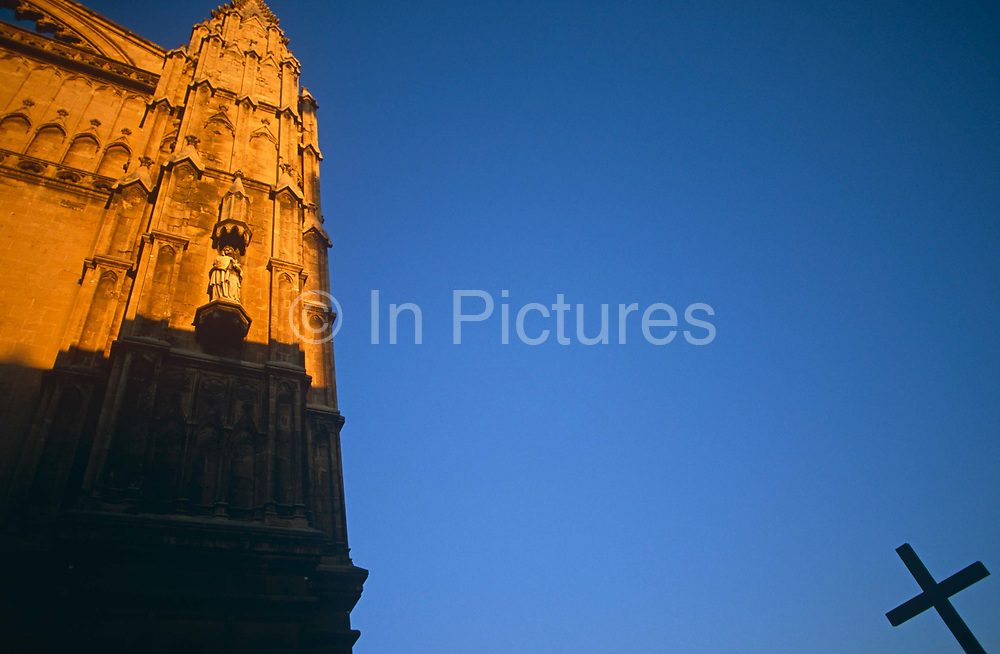