Seen from a high viewpoint, a young girl rides on her father's shoulders in the middle of the Longleat Hedge Maze. She can barely see over the walls of foliage, so tall is the labyrinth of twisty pathways, and she holds out her hands to brush against the green foliage. Made up of more than 16,000 English Yews, Longleat’s spectacular hedge maze - the world's largest - was first laid out in 1975 by the designer Greg Bright. The Maze covers an area of around 1.48 acres (0.6 hectares) with a total pathway length of 1.69 miles (2.72 kilometres). Unlike most other conventional mazes it’s actually three-dimensional. 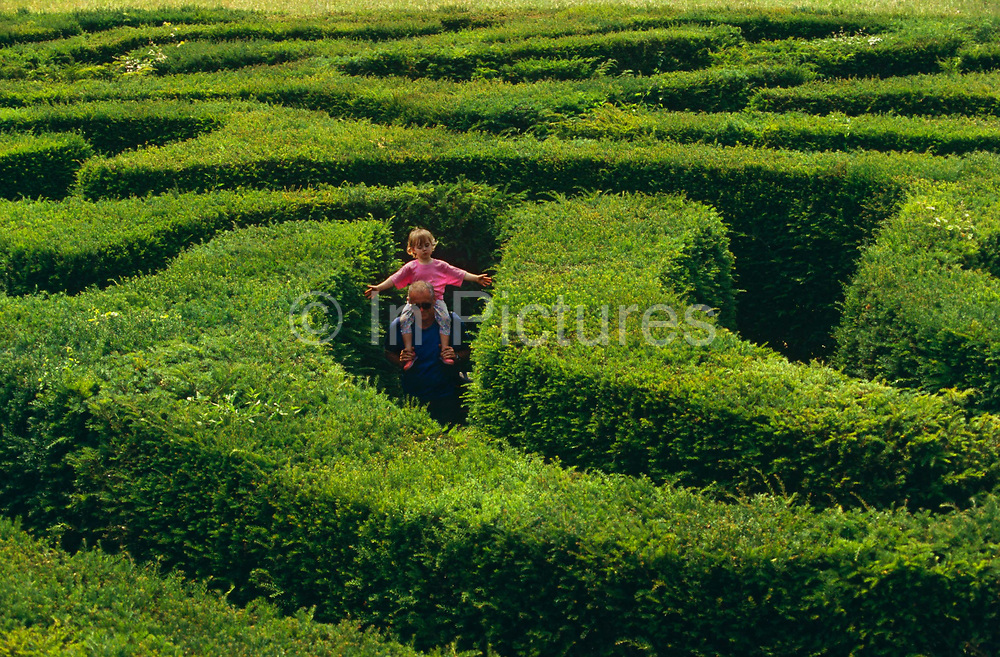