The Lord Mayor of London waves to crowds and passing carnival floats in this Lord Mayor's Show - the oldest, longest, most popular civic procession in the world. Surrounded by City fathers and dignitaries up on a rostrum outside his official residence, the VIP wears the gowns of office during this annual event to honour the new Lord Mayor in the financial district of London. The show has floated, rolled, trotted, marched and occasionally fought its way through almost 800 years of London history, survived the black death and the blitz and arrived in the 21st century as one of the world’s best-loved pageants. 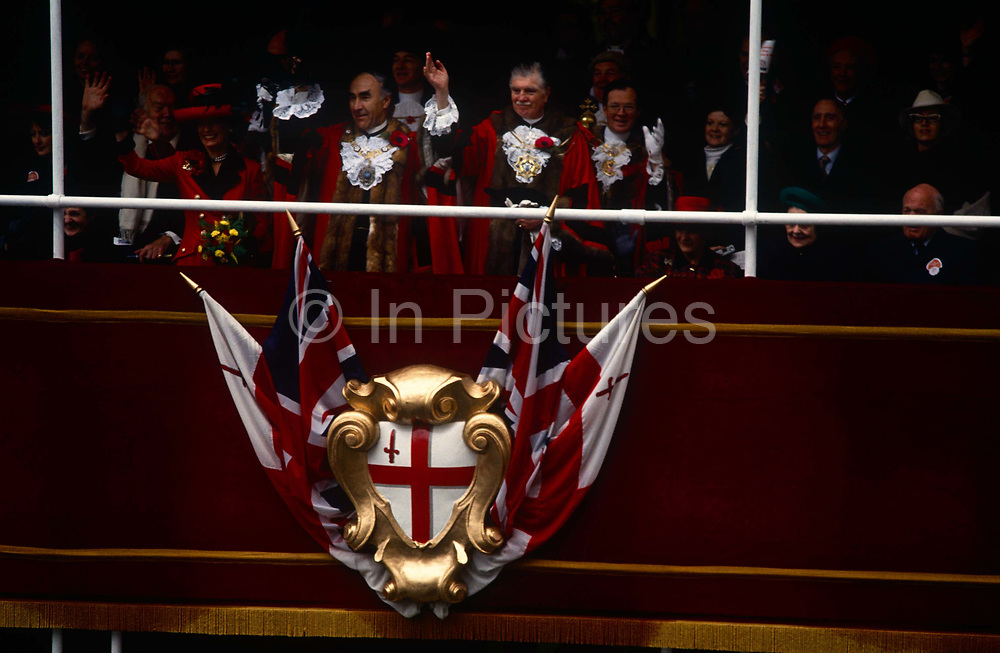