Sheriff Woody Pride, aka Woody, the cowboy character from the Pixar/Disney CGI fantasy film Toy Story, lies forgotten outside a south London charity shop. Facing the viewer, we see the happy features of this famous movie character - whose on-screen narrative is that of a forgotten toy, now unwanted by his growing-up boy owner. As art becomes reality, Woody has been left on the pavement after being dumped by his previous family. A common problem is that charity donors leave unwanted things outside in the street, for others to come and rifle through, leaving a mess that's difficult for volunteers to clean up. 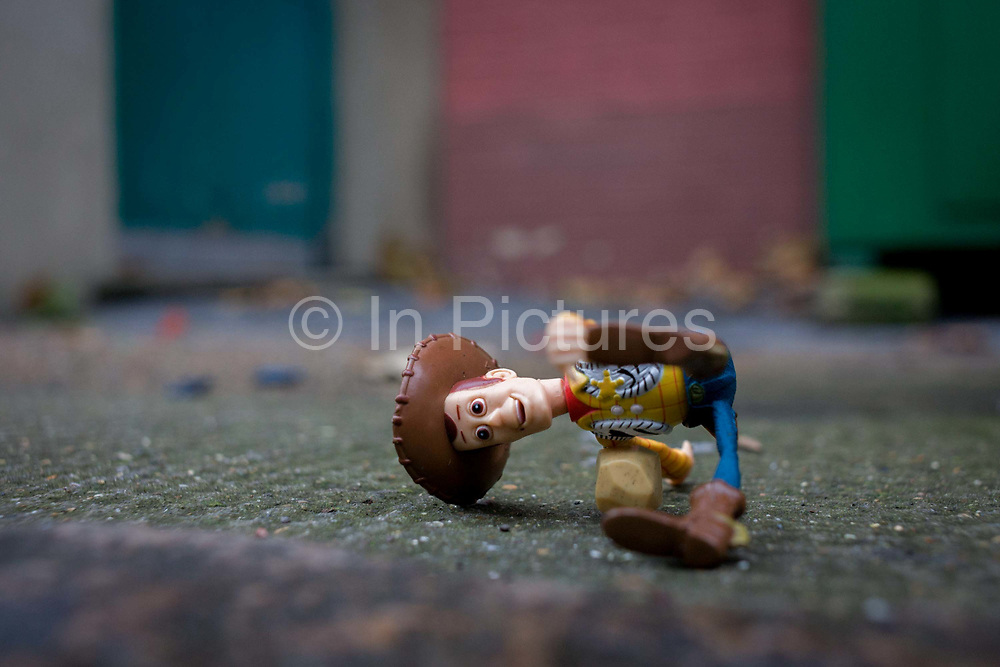