Police gather to block off Great Scotland Yard. This was a small street running east from the northern end of Whitehall, parallel with Whitehall Place. The original Metropolitan Police Commissioner's office (No. 4 Whitehall Place) backed on to it, and A Division was based there in the back of the building. The name became colloquially attached to the headquarters of the Metropolitan Police, especially as additional buildings were acquired to house branches of the expanding force. 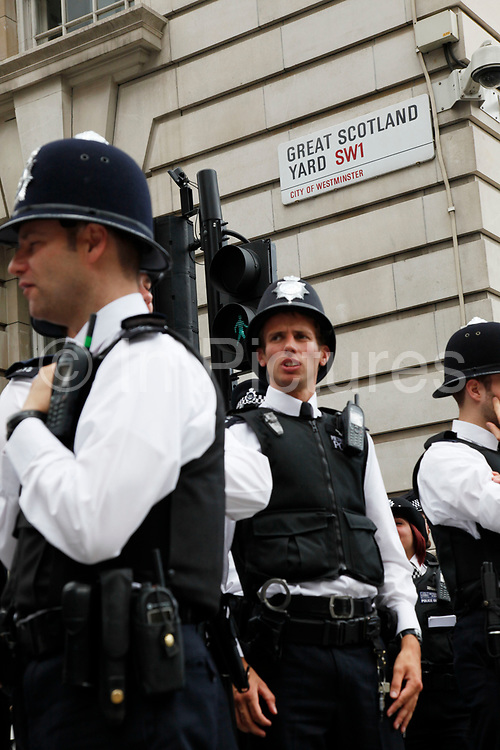