Members of the Red Arrows, Britain's RAF aerobatic team gaze out of respective windows during helicopter ride. The crew are travelling between Guernsey and Jersey in the Channel Islands where the team are about to perform another of the air shows they appear at. Since 1965 the squadron have flown over 4,000 shows in 52 countries. During a forthcoming calendar of appearances at air shows and fly-pasts across the UK and a few European venues they are an important recruiting tool for future personnel – of pilots and ground-based trades. 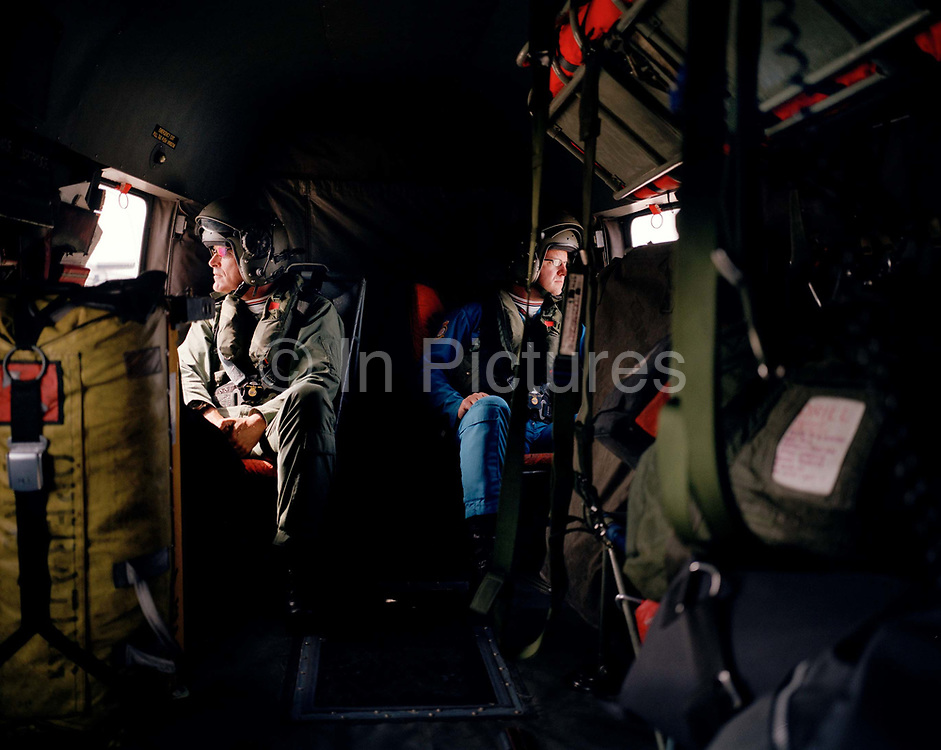