Seen from behind and from a low angle, we see the towering, imposing figure of a City of London Police officer while on duty in Trafalgar Square during England v USA World Cup match. At the half-time pause in the game, the officer stands to watch over this location noted for political protest and sporting celebrations. On this occasion though, there is no large TV screen to avoid social disorder and the City of London Police who usually patrol the capital's old financial district are helping the larger Met Police force during this sporting summer. Seemingly below him, is the 5.5 m (18 ft) statue of Admiral Nelson on its 46 m (151 ft) Foggintor granite column, built between 1840 and 1843 to commemorate the heroic Napoleonic war sailor Horatio Nelson's death at the Battle of Trafalgar in 1805. 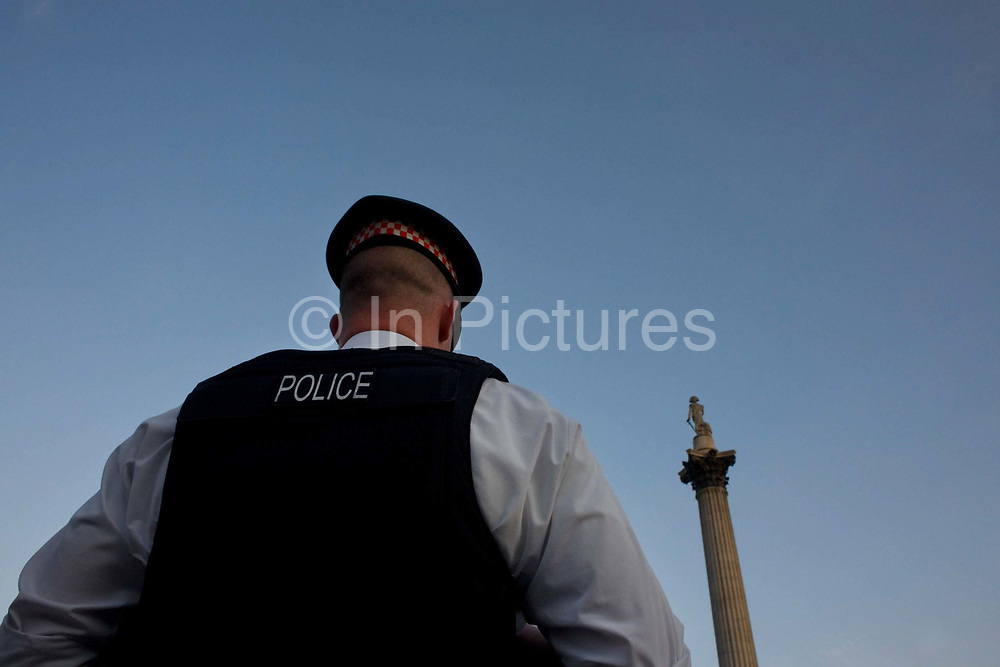