Soldiers of the Presidential Bodyguard regiment (also known as the PBG) prepare the final touches before they head out of their barracks to the Rashtrapati Bhavan,(the Presidential Palace), the Presidential Bodyguard march in formation for the 40 minute Saturday Changing of the Guard ceremony where they will take up their posts in guarding the palace. They march from the grounds of the Palace up the Rajpath to the Central Secretariat, or Ministry of Defence and back to the palace grounds where they will hand the ceremonial keys to their replacement soldiers. The PBG is the Indian Army's preeminent regiment founded in 1773 during the British occupation, this handpicked unit began with a mere 50 men and today stands at 160 soldiers plus 50 support staff. It has a dual role, both as a ceremonial guard for the President of India, with all its finery at important state functions, as well as an elite operational unit for the Indian Army which has seen action in many battle fronts, in particular the on going disputed region of Kashmir. 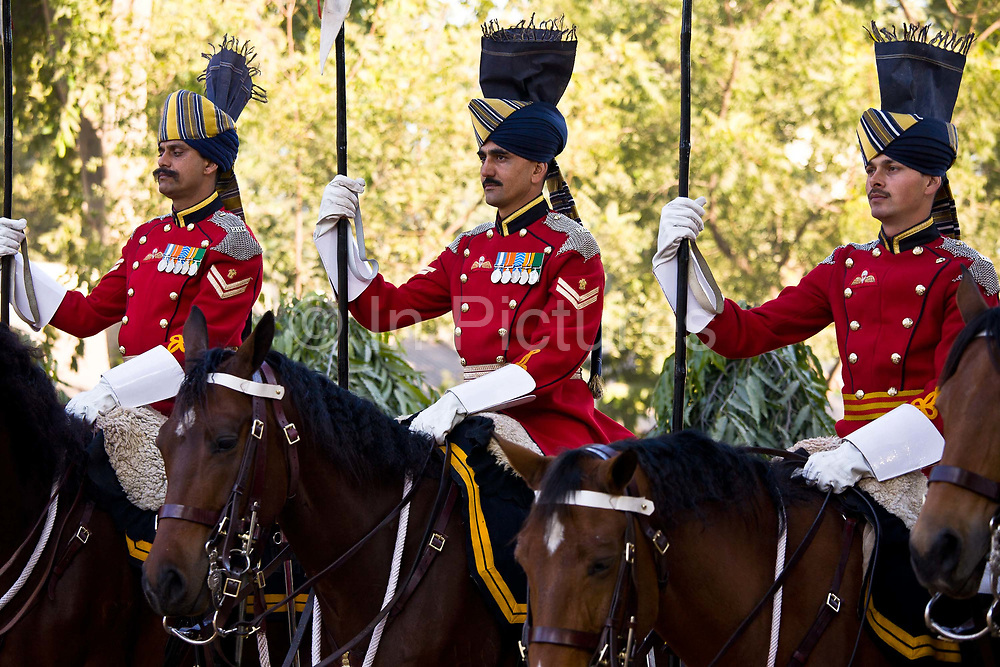