The art activist protest group Bp-or-not-Bp make an artistic intervention at the British Museum to highlight the fact that the oil company BP sponsors a show called Sunken Cities at the Museum May 17 2016. (photo by Kristian Buus/In Pictures via Getty Images) School children visiting the museum learn about the implications of BP's sponsorship and get to see the crude oil from the Mixican Guld oil dissaster. The press release states: "The lines of stones in the artwork represent the 340 people forcibly disappeared in the four months prior to BP signing a $12bn dollar deal with the Sisi regime – a rehash of a deal it had made with the Mubarak regime. The total number disappeared under the Sisi regime may run into thousands. [3] Teargas is a weapon that was used both to repress popular protest in Tahrir Square during the revolution but also those who actively opposed BP’s operations in the country. " 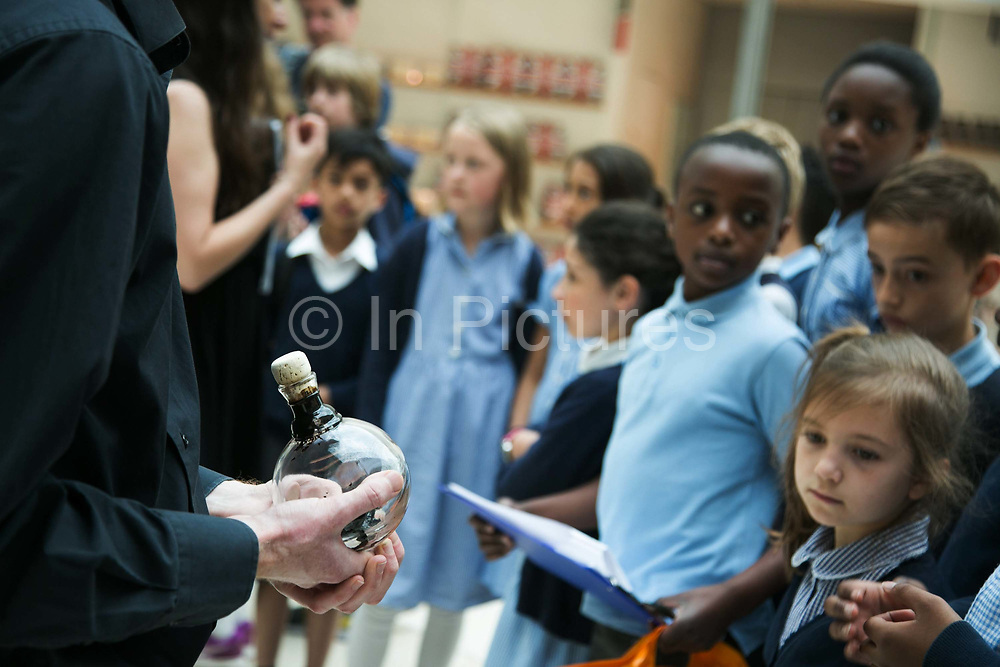